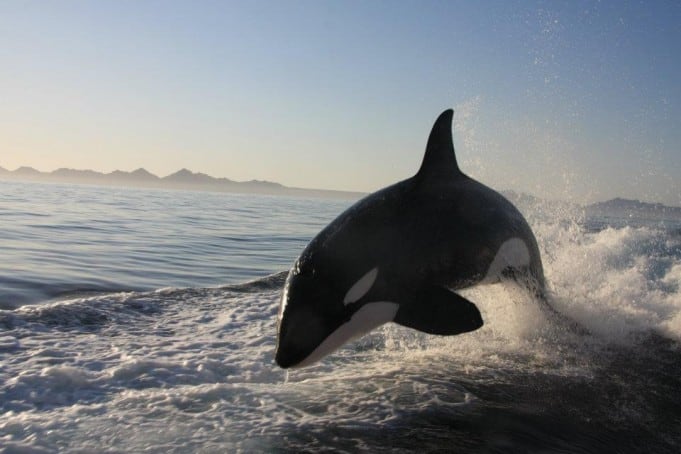 I saw these shots of an orca playing in the wake of a yacht on my Facebook stream and was gobsmacked.

They were taken by Ashley Ross, the owner of local charter Cast ‘n Reel in Loreto, Baja California Sur. In a short piece on Stuff.co.nz that accompanied the photos, Ross referred to the encounter as “magical.” She also mentioned that as far as she knew, it was the first time orcas had surfaced in Loreto.

Magical is an apt descriptor. The Mexican government recently added Loreto to the list of “Pueblos Mágicos” (Magical Villages). The initiative helps to highlight the cultural and historical significance of special destinations in Mexico.

I’ve been visiting this town since 2006, when we bought a plot of dirt just off the Sea of Cortez in a fledgling resort called Loreto Bay. Being close to the water that Jacques Cousteau once describes as the “world’s aquarium” is one of the main draws, and why so many of us like to venture down to the region – which is about a two hour flight south of Los Angeles.

WATCH: Inside the Loreto Food and Wine Festival (Video)

Dolphins skipping along the waves in the Sea is a beautiful, much welcomed symphony here, but spotting an orca in full joyous flight is most certainly the rarest of rare pleasures.

From what I’ve read, orca typically prey on salmon, herring and tuna.  They’re also known to hunt in packs and have earned the nicknamed “wolves of the sea.” Contrary to the film Orca (which followed two years later in the wake of the 1975 blockbuster that was Jaws), fatal encounters with human are rare; though if I were as close as this photographer I’d be simultaneously terrified and thrilled. No doubt, I wouldn’t need espresso for at least a week.

[Stuff.co.nz – Orca play in the wake of yacht]