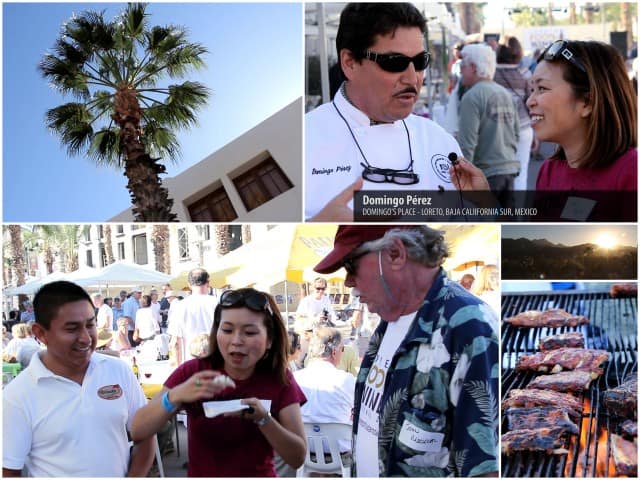 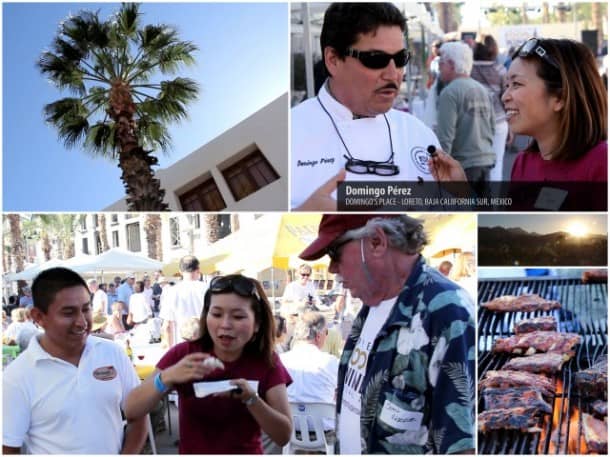 We cover a fair number of food and wine events across the San Francisco Bay Area, many up in Napa and Sonoma too, but this is the first time we’ve packed our gear and headed south of the border to film a street event. The place is Loreto – a little fishing village perched on the coast off the Baja California Sur in Mexico. This episode of Stark Insider TV is a little bit different, and what you’re about to watch (should you dare) is straight from my video editing heart… well, at least I hope it comes across that way, despite my penchant for slow-mo, overly dramatic music, and dogs.

Many who have followed our journey here, know that Stark Insider started many years ago as a place where we chronicled our adventures of building a casa in Loreto. Serendipity had it that many of you were from the San Francisco area, and soon enough we found ourselves covering other things we were passionate about, like theater (since 2009), wine (2006), and Silicon Valley (2007). Many of you followed along, and brought others, and we’re surprised at how far this web site has evolved, despite its humble roots. Thanks for that! And special thanks to that former 80s bench scientist, Cy Ashley Webb, who has contributed – imho – some of the best theater coverage available anywhere in the SF Bay Area.

Meanwhile, six years and one builder bankruptcy later, the Loreto Bay resort is finally taking flight. Although there’s still risk and the global economy isn’t exactly in the most stable condition, things are looking considerably brighter for the local economy here. Sure there are units sitting in varying degrees of in-completion, some look like bombed out shells of structures you might find in a war zone. Thanks to a strong home owners organization, most of the dangerously exposed re-bar has been removed from the site. In fact, new landscaping and pathways have recently been completed. The original builder’s vision of a walkable village is coming to life.

Silly gringos in paradise? Maybe. But the best part are the people of Loreto. The locals have incredible spirit. We count several now as our friends. And though we don’t get down as much as we like — once or twice per year — we’re able to stay in touch via Facebook and the Club Loreto Bay social network we formed.

If this video has a home movie vibe to it, then it’s likely because I’m just just too caught up with the community to notice. When you land at the little LTO airport (the new terminal is quite impressive, especially compared to the old palapa), that sea breeze wafting in from the Sea of Cortez, immediately hugs you. I don’t every tire of that. Maybe someday it’ll become my Goldeneye, and I’ll sit there, sipping a Marg, writing about international intrigue, babes, and exotic cars.