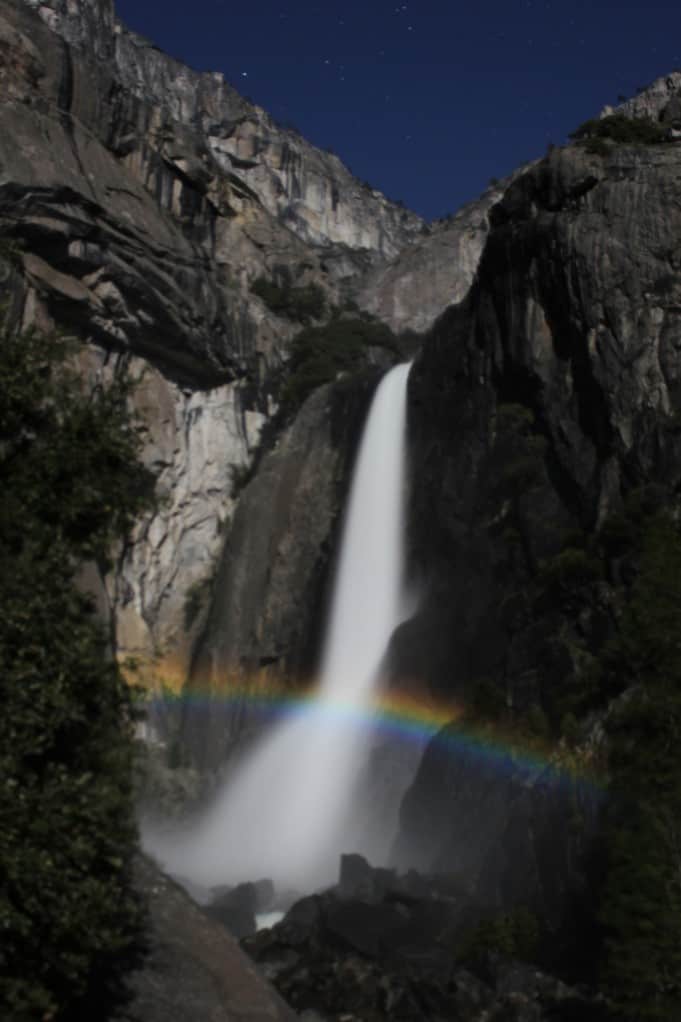 We’ve seen many super moon photos making the rounds, most are stunning, and surreal, revealing incredible details on the surface of the moons – Clint’s excepted (still, artistic!).

But here’s something different: a Moonbow.

The team up at Yosemite tells us it occurs during a full moon when the fall is running at high capacity. The light from the moon shines through the mist of Yosemite Falls, creating a rainbow.

As you can see in this photo, the moonbow this month was especially vivid, thanks to the increased reflection coming from the moon. It is unsure whether next month’s full moon will also create the effect. A spokesperson said the flow of Yosemite Falls depends on several variables, including snowpack and the temperature in the coming weeks.

Yosemite National Park is a hot spot for photographers. In particular, tripods were everywhere for the super moon event which occurred over the weekend. Photographers flocked to the popular park Saturday night to take advantage of the lighting created by the full moon, which appeared as much as 30 percent brighter thanks to it being approximately 15,000 miles closer than average.