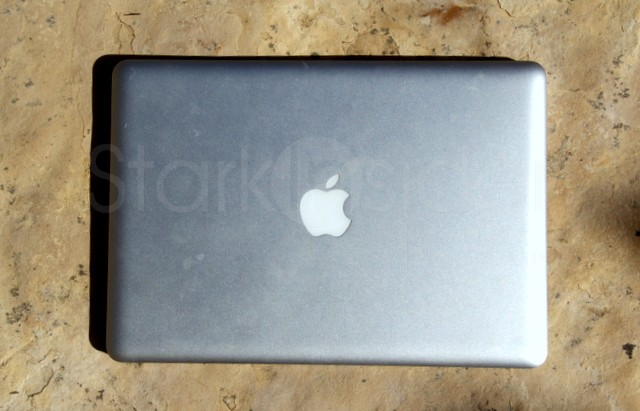 Apple is set to revamp the MacBook Pro, and it’s looking like this upgrade cycle — the first major re-design in 4 years — will be significant. Competitive threats include the emerging “ultrabooks” which we’re seeing from Lenovo, Samsung and HP. The iPad itself is likely already cannibalizing sales from those that are interested primarily in consuming content. Hard luck, but profits do apparently cure all.

Although the MacBook Pro is the smallest volume play in terms of units shipped (“only” 4 million Macs shipped last quarter vs. 35 million for the iPhone) and sales only grew 6%, the product is an important part of the Apple ecosystem. Many, like myself (2010 MBP), regularly upgrade their laptops in two year cycles. Those that buy one typically already own or plan to buy an iPhone and/or iPad. Then there’s the content sales via iTunes. No small chicken that; a remarkable $1.9 billion in Q2.

I’ve been scanning headlines, browsing forums, and basking in the rumor mill. Anything and everything related to the MacBook Pro I’d click through over the last few weeks. Last time I took to these pages about my anodized aluminum friend, I put together a combo pragmatic/dreamy list of 10 things the MacBook Pro needs. This time I’m rounding up the most solid rumors. So, here are the 10 things we (think we) know about the impending 2012 MacBook Pro:

File this under slam dunk. Intel’s new line of Ivy Bridge processors – follow-ons to the well regarded Sandy Bridge range – have already hit the market, in desktop form at least. Model naming convention is the same: Core i3, i5, i7. As is always the case, Intel promises speed, energy efficiency, smaller footprint. Early benchmarks that I’ve seen bear this out with a typical 10-20% jump in overall performance. I remember Apple disappointed many a few years back when the 2010 MBP shipped with a dual-core instead of an expected Sandy Bridge. So, anything is possible, but I’ll be stunned if we don’t see the new chips this time around. [Tom’s Hardware]

Another high probability rumor is the inclusion of a “Retina” display. We’ve already seen it on the iPhone, then followed by the iPad (2012), so it would make sense that the Mac range would receive the upgrade next. However, the challenge here is clearly the size of the display. It’s one thing to manufacture a 4- or 9.7-inch high resolution panel; but at 15-inches it would be quite the engineering feat. Keep in mind that the term “Retina” doesn’t necessarily mean a consistent ppi (pixels-per-inch) between devices. Surely we’ll see a smaller pixel count on the MBP then we’d see on the iPhone or iPad. Regardless, sources are saying this is the biggest Mac innovation in years. I expect resolution to be at least 1920 x 1080.

Many won’t like this, but I can’t see why on earth why. I haven’t used the optical drive in years. It adds weight, makes weird noises, and drains battery. Bad, bad, bad. That space could be better utilized too. Possibly a bigger battery? Secondary hard drive? [Cult of Mac]

Many speculated Apple would use the gorgeous MacBook Air design as the baseline moving forward, including for the new MacBook Pros. Turns out, at least if the rumor mill is accurate (and it usually is) this will not be the case (yet). While the new MBP will be thinner, and lighter, it’ll likely look like a shrunken version of its former self than it will a razor thin Air.

Not much else to say here. USB 3.0 is faster, offering read/write speeds up to 5GB/s. It’s also a hedge, and admission that Thunderbolt, though far faster, may not be the industry standard that Apple had hoped for. [MacLife]

I’ve always preferred NVIDIA graphics chips – I use them in all my desktop builds for video editing. I probably risk life and limb by admitting as much. Graphics boards are akin to Pepsi/Coke, Christopher Hitchens/Douglas Wilson, and Mustang/Corvette debates. There’s no winner (except Hitch), but plenty of passion. Word is that we could see the GeForce GT 650M. [The Christian Science Monitor]

At the launch, Apple is expected to launch an OS X upgrade, called “Mountain Lion.” This one is still iffy, however. Some suggest it could be a stretch to see this happen in June, even though last time Apple did release a new version of OS X alongside its processor upgrade (Sandy Bridge). [Ars Technica]

8. Power button on Keyboard (instead of case)

Okay, this is a minor one, but it’s related to #3 above. With the optical drive gone, that pesky eject button can now be used for something else. Odds on favorite guess is the power button — that gorgeously sunken bit of art at the top right — will make its way to the keyboard, and take the eject button’s place. A bonus to Apple will be cost savings. Unfortunately, if the rumor holds true, the change does take away some of the artistic quality of the design. [Mashable]

Laisse faire (though a flush, spring mount would be preferred). [Digital Trends]

By  my guestimation this one is split amongst the prognosticators. Many say the Macs, along with OS X Mountain Lion, will bow at the upcoming World Wide Developers Conference in San Francisco, which is about a month away. Seems realistic to me. Back-to-school is a big sales driver, and this launch window would give Apple plenty of time to score student sales. [eWeek]

What we absolutely don’t know:

— Will the 17-inch model survive? Many are suggesting Apple gave it the axe due to poor sales.

— Pricing? Apple charges more. Be it the $499 entry iPad, the $199 iPhone 4S, Apple’s products famously command premiums over the competition. Give the rise of the ultrabook, and the upcoming launch of Windows 8 later this year, will Apple throw a curve ball and try to capture some of the price-sensitive market?

Oh: so long Google Maps. Good thing I still have trusty OG Droid for that!