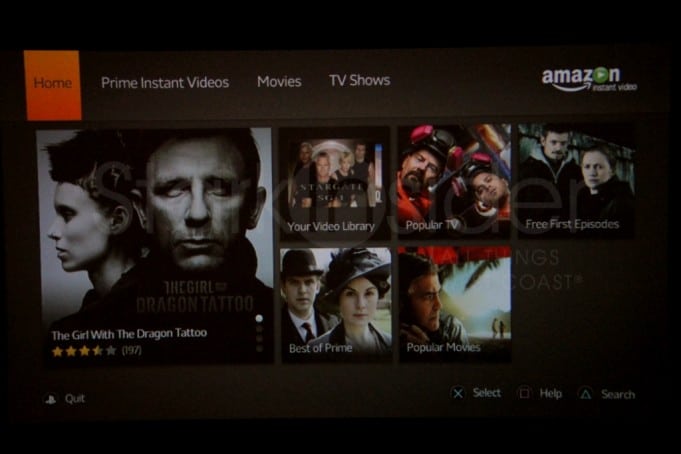 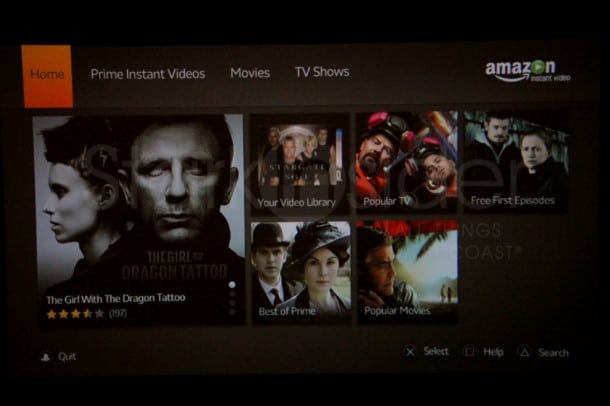 Netflix beware. What a week! First, Instagram for Android, and now this, the long awaited Amazon Instant Video app for PS3.

I’m not sure how I overlooked this one today. Too much tech news and Stark Insider business at hand I reckon. When I booted the PS3, expecting to queue up some Robbie Williams Knebworth (again) I immediately spotted the update in the PS3 Store. Being an Amazon Prime member, I promptly downloaded the 19MB app. I’m also a Netflix customer (streaming only, friends) so I was anxious to compare the two services.

You should know that I’m a big home theater type guy. You know the ones; we’re likely to adjust surround audio levels using some crazy Trek-device you can only source from Radio Shack. Picture quality is essential too – so it matters to me if the stream is 720p or 1080p, and, more importantly, if artifacts are present. When it comes to media centers, it’s why the Sony PS3 is the cat’s meow (or dog’s YouTube hustle?). Simply put, short of building a custom media PC, it’s the most powerful system going.

I gave AIV a quick test on my 120″ home theater system. I never get tired of this sort of thing. Please send hate mail to my Instagram account.

Once I associated my PS3 with Amazon (using a 5-digit code) I was set to go.

The interface, true to early 21st century norms, is tile-based with plenty of large graphics, and pretty photos. Overall, responsiveness is decent, though still not quite Vudu fast, the zippy gold standard for video browsing interfaces. But it is smoother, and more enjoyable than Netflix, which on the PS3 can best be described as jerky.

Being an Amazon Prime member has its perks. Quality movie selection is not one of them. The marquee movie currently being promoted for Prime members is Dirty Jobs Season 1. The feature for paying customers – Prime or otherwise – is The Girl With The Dragon Tattoo.

Details about any particular film are scant, just like Netflix. You get a brief description including a 5-star rating, information about actors, director, length as well as the option to view a trailer. Vudu again is champs with its integration with Rotten Tomatoes and rich navigation experience.

My test movie is…

This film is a hoot, and the best wink-wink, nudge-nudge horror send-up since the original Scream.

The sleeper indie is available on Netflix and Instant Video which makes it a good test candidate. Okay, so here goes. After streaming the film on both services here’s my initial takeaway:

Give it a shot. What’s the worst that can happen? Just smile and laugh. It shows confidence.