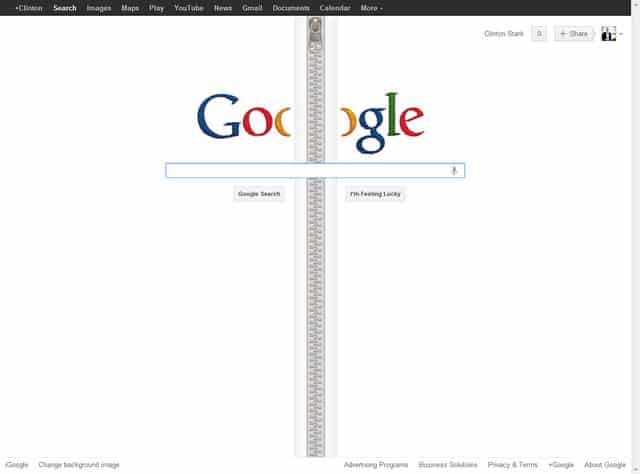 Gideon Sundback?! I thought for a fleeting second you were Google Drive.

Go tell it on the mountain, Google is teasing the masses once again.

Just when you thought its cloud storage was about to make a much-heralded entrance, unzipped-late-90s-style, comes this HD obelisk for a Swedish-American electrical engineer.

Turns out Google is celebrating the inventor of the zipper, not (yet) countering the attack of a certain SkyDrive.

The “Hookless No. 2” dates back to 1914, forming the basic premise behind the rows of teeth today known as the zipper. And here I was reaching deep, my imagination running a-wild with zip drives of yore clamoring for my photos, docs, and tarballs.

In other cloud-worthy news, Microsoft launched a preemptive strike against Google with an ambitious update of SkyDrive, its cloud storage offering, and could-be Dropbox, Box killer. If only IBM would counter we’d have a real 70s flashback.