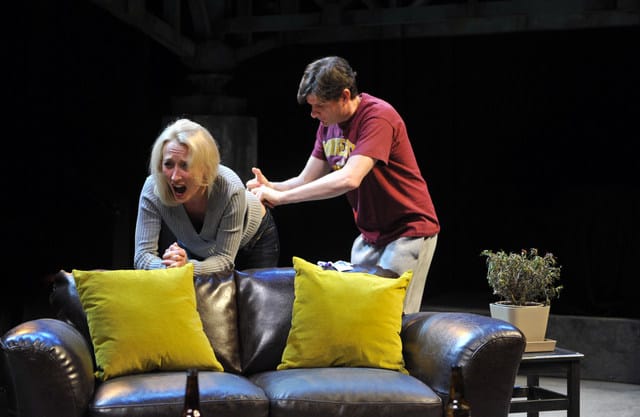 Happy 21st! Aurora Theatre Company has announced their 2012-13 season. The playhouse, located on Addison in Berkeley’s downtown arts district, is truly one of the Bay Area’s gems, and there’s been no shortage of memorable productions over the years. When artistic director Tom Ross and team release their schedule I’m always interested to see what’s on tap.

The season begins in August, and features five shows: The Elaborate Entrance of Chad Deity, Wilder Times, Our Practical Heaven, The Arsonists, and Neil Labute’s This is How it Goes.

Perhaps a notable absence this year is James Carpenter, one of the region’s hardest working, most revered actors, and a personal favorite. Seeing him up close at arm’s length on the intimate Aurora thrust stage is an experience not to be missed.

See you at the show, and don’t forget to #playon.

THE ARSONISTS
By Max Frisch
In a new translation by Alistair Beaton
Directed by Mark Jackson
April 5-May 12, 2013 (Opens: April 11)