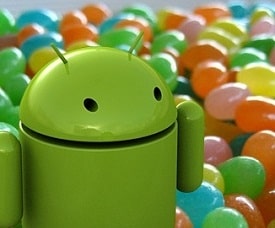 Here’s a quick snap shot of Android stories (and rumors) making the rounds this morning before the long weekend, plus my take on each.

Yesterday, I wrote about the HTC One X quad-core that we’re likely to see at the end of this month in Barcelona. The short of it: if you’re looking to upgrade (me, an OG Droid), then this, along with the LG X3 should be top of your short-list. This morning we’ve learned that — thankfully! — the One X will feature on-screen softkeys, not the usual physical, capacitive style that we normally see. NFC is included, and don’t forget there’s that 4.7-inch 720p display.

File this next to Elvis sightings. Though it’s likely not that far fetched. If you believe everything you read on the Net (and who doesn’t?!) then this is what to expect from “3”: Tegra 3, 2GB RAM, 720p display, and – here’s the interesting part – a 3,300 mAH battery, which happens to be the same as the Maxx. See, I’m tellin’ you folks. 2012 is the year vendors finally get serious about battery life.

It seems like once again CNN agrees with me. Everyone is chiming in with their opinion on “fragmentation.” Some say it’s the work of the devil. It can only mean that the house of cards will come crashing down; too many variations of Android, too many devices, too many custom skins (HTC Sense). You know, you’d think Google was on the verge of blowing up – 2012 and all. “But the catch is, the Android ecosystem is far more variable than the iPhone landscape. That makes it a bigger long-term risk for app developers.” True. Here’s the thing: if fragmentation is so bad, I say it’s an excellent-bad strategy. How many companies have gone from ZERO share to 50% share in the mobile industry in just 5 years. I can think of one. Google. (for more, read this piece by RWM).

Speaking of fragmentation and fast release cycles, word on the street has Google releasing Android 5 aka “Jelly Bean” in Q2 of … this year! What?! You still don’t have Ice Cream Sandwich yet? Join the club, mes asmis. Chalk this one up to bizarro, over-anxious marketing gone wild. Maybe ICS, which was officially released on the Nexus in December of 2012, was just an interim test. According to this rumor, many will be on Android 5 before Android 4 even makes it most devices (Motorola has indicated most of their handsets won’t see an upgrade until 2Q’12 at best). You know what Google needs to do? As much as it pains me to say it, this is one case where they need to follow Apple’s lead. Google needs to hold a once-yearly, blow-out-the-doors Android launch event (and forget about the free Chromebooks for developers). As it stands now, releases are a mish-mash of lost momentum (see Nexus/ICS launch), underwhelming choice (Nexus, that’s it?!), and poor communication (give dates when you launch products).