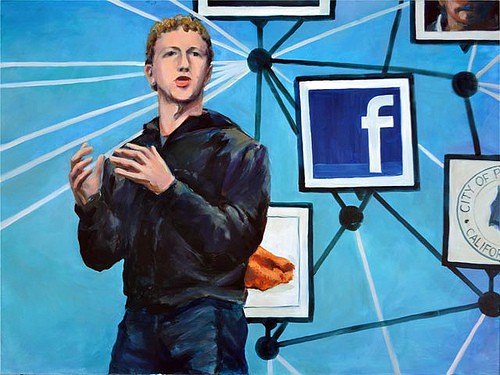 Are we in the midst of a social bubble, or this time are we really headed to Economy 2.0? We should find out more next week. Facebook, in a surprise move (I don’t know of anyone predicting such an early move), will likely file for IPO next week. Though the plans could change, the timing suggests a certain amount of confidence with the economy, and Facebook’s desire to take advantage of a hot window of opportunity.

Sources told WSJ that Morgan Stanley is close to inking a deal to underwrite the offering, which is expected to bring a valuation of $75 to $100 billion. At the top end, Facebook would be worth about half of competitor Google.

Social coupon service Groupon (NASDAQ:GRPN) originally surged, before falling back to earth – though it’s now just crept above its original $20 IPO price, and is up approx 3% YTD.

Streaming music service Pandora (NYSE:P) followed a similar pattern, with the initial excitement fading along with the stock. Though up 7% YTD, at $13.89 it’s struggling to climb back to its IPO price of $16. According to Forbes, “the stock has only spent a few days out of the past seven months trading at or above its first-day close.”

LinkedIn (NYSE:LNKD), the site most similar to Facebook, was also among the 2011 IPO class. But it bucked the trend, closing on its first day 109% above its $45 price. Today, at $79, the company is proving that social networks are potentially agreeable with investors.

It’s tough to find a suitable barometer for Facebook. 800 million users strong, the social network is a juggernaut, and a thorn to privacy lobbyists everywhere. If the demand is high – and I expect it will be through the roof the first week of trading – we could see explosive returns early on, before rationality kicks in. In my estimation, only Google and Netscape come close to matching the hype we’ll see when the IPO lands.

A measuring stick for Google+ Valuation?

Among several fascinating storylines to follow from this IPO is the valuation of competitor Google+. We don’t know what it’s worth to Google, though many have speculated. If Facebook’s valuation comes out at the top end, say $100B, does that mean with its 80 million users, we can fairly estimate Google+ to be worth $10B? Simple table math, yes. But it will be interesting to watch any correlation between the Facebook IPO and Google’s stock price.

Time to text your broker…