Last year it was 3-D TV and tablets. This year, get ready for a welcome move away from tablet mania. Oh, they’ll be plenty of new tablets, most running Android, but–thankfully!–lots of interesting innovation is happening with other consumer tech that will likely grab a fair number of headlines and excitement.

After the glitzy launch of the Motorola Xoom and BlackBerry PlayBook last year here in Las Vegas, something happened: Both products failed…. massively. 2011 would turn into a year of bloodshed for anyone (with the possible exception of the Amazon Kindle Fire) trying to take a notch or two out of Apple’s tablet marketshare. It’s possibly a cautionary tale. Make too big a splash at CES (think of any number of past Microsoft keynotes) and expect woeful products, unfulfilled promises and disappointing sales.

Fortunately, CES 2012 is shaping up to be somewhat more pragmatic. Based on my research of new products, launches, and trends, I’d say that for the most part, these are products most consumers will want to buy.

I have yet to see a breakthrough category killer or even one that might spur a new market altogether, but there are some impressive technologies worth checking out.

Here’s 5 of my favorites (in no particular order): 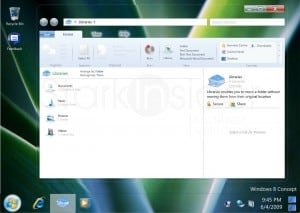 Yes, Windows 8. We might not get our hands on the OS for months to come, but this is Microsoft’s shot at getting us excited one last time. In a world where Microsoft matters less and less, this is their chance to get it right. How? By weaving a compelling story that integrates tablets, desktops, cloud services, social networking and mobile. A tall order, no doubt. Since Microsoft is so so late to the tablet market, and is getting crushed in mobile, they do have the (odd) luxury of getting it right. Or at least try. And we all know Ballmer is all about the try, try again. Despite being a committed Android fan, I’m half-hoping MSFT impresses, and surprises us in 2012. We need a strong third player. It’s not going to be RIM. Or HP. Microsoft is our best hope at breaking the duopoly that is Google and Apple. Microsoft, a savior, an underdog. How crazy is that?! 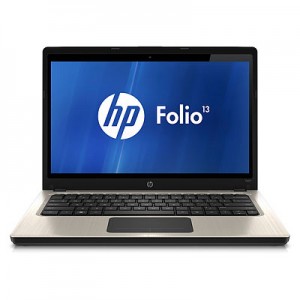 Finally we can give our shoulders and backs a break. It all started with the gorgeous MacBook Air. Now others are finally catching up on the idea. Laptops don’t need to evolve Osborne chic. They can be thin, lightweight works of art. Thanks to Intel and AMDs line of new processors, we can have our cake and eat it too: powerful processing, great battery life, svelte packaging. One not-so-great feature: price. Sasmsung, for example, offers ultrabooks from $1,000-$1,500. HP’s Folio 13, though, should come in around a respectable $900. Expect around 50 ultrabook launches at CES 2011. 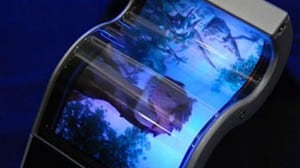 I concede that I could be in the minority of thinking this is a big deal. But I’m sticking to my guns: This is HUGE. Flexible displays will–and I hate to use the cliche–change the game. We’ve nailed resolution. The only thing separating paper from digital is the flexible nature of the former. We can scrunch it, fold it, bend it. Imagine if we could do the same with smartphones, digital clipboards, digital sheets of paper… the applications are mind-blowing. Check out this Samsung video portending what might be. Bendable displays. Killer stuff: 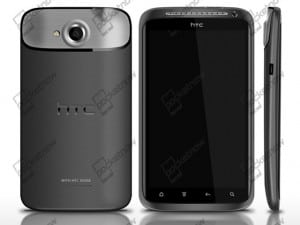 If you thought the Samsung Galaxy Nexus was a big deal, wait for the Android army of 2012 to blow us all away. Start with the processor. And I admit, I’m not a speeds and feeds guy. For me, it’s all about the user experience. So why, praytel, am I getting stoked about “quad-core”. Simple: (1) Android needs way more horsepower to run smoothly; (2) upcoming real-time graphics applications will need the power; (3) smartphones are getting larger (displays 4.5-inches and larger are commonplace) and all those pixels require more oomph to get the job done. Look for Androids like the HTC Edge to make a splash. 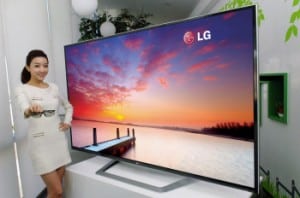 Here’s the deal. 3-D was a bust. It required us to upgrade everything, wear funky active 3-D glasses- all for what? So we could watch Clash of the Titans in 3-D?! Or just about any other sub-standard, hurried remake. Hollywood moved in for the kill, and we just didn’t buy in. Now the thinking is this. HD TV worked. So let’s just double down on resolution. 4K represents the horizontal resolution (3840 x 2160 pixels, or about double that of 1080p HD) of these uber hires TVs and projectors you’ll see at CES and hitting stores this year. It’s going to be an uphill battle, at least initially. We were just burned by the 3-D craze. And now we need to head to Costco again for another upgrade, already? Still, 4k is worth checking out. It’ll happen, eventually. If you’re a home theater buff, of course, you’re already all over this.