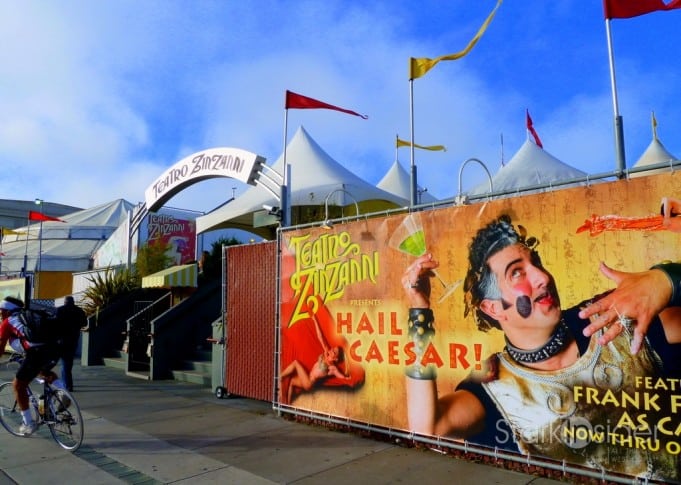 Some great news for San Francisco Bay Area theater fans. The waterfront theater icon, Teatro ZinZanni, will rise up once again! As you probably heard the famous dinner theater is shutting down at the end of this month to make way for America’s Cup which will take its place at Pier 29.

Considered one of San Francisco’s premiere tourist destinations and a jewel in the cultural crown of San Francisco’s non-profit arts organizations, Teatro ZinZanni has been in residence on Pier 29 for 11 years. The show has presented approximately 250 performances per year and has welcomed more than 800,000 people since opening in 2000.

Organizers told us a new location has been secured on the waterfront where Broadway and Davis meet the Embarcadero. This is just the first hoop. The non-profit still needs to raise $4 million to build the new venue.

If you’ve ever attended a TZ show under the Spiegeltent, then you’ll know the remarkable (and intimate) venue itself was every bit a star of the show. Founder and artistic director Norman Langill told Loni, “When I walked inside I was just transported, because the outside looks like a yurt. And on the inside it looks like the jewel box of your dreams.”

At opening night for On the Air, the last show to play Pier 29, we went backstage to interview some of the performers. There were plenty of emotions, and even a few tears. In this first part of the series, Loni Kao Stark runs into Norman Langill. Watch as they discuss the vision behind the unique theater, and why it has become a fascinating cultural icon for the city of San Francisco. (oh, and of course, they dance!)

Perhaps the best (and worst) part of this news is that I now have a chance to once again reunite with Frank Ferrante on the TZ stage.