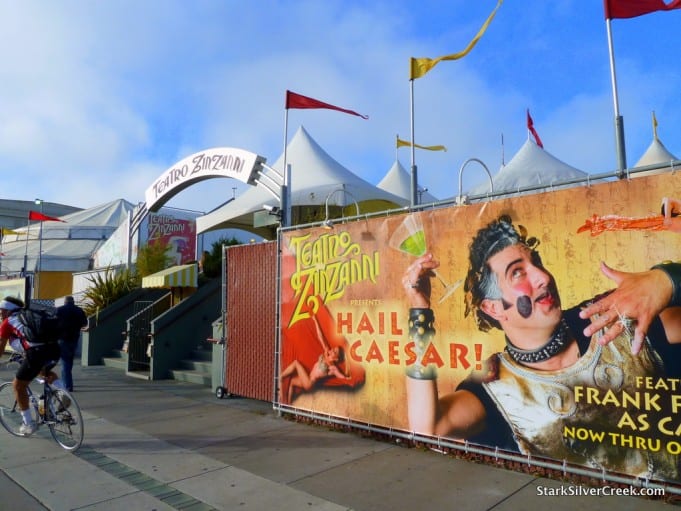 Some sad news today for fans of the amazing dinner theater experience that was Teatro ZinZanni. The company announced it will play its last show in the Spiegeltent on New Year’s Eve 2011. Many will likely agree that it will be hard to imagine the Embarcadero with those flags flying, and the rich reds and vibrant personalities the production attracted, like the great Caesar himself, Frank Ferrante. 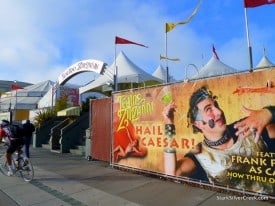 According to a post on the TZ site, over the last 11 years some 800,000 visitors have watched 40 different theatrical productions featuring 200 international performing artists.

However, it sounds like the show won’t be leaving town permanently.

“Teatro’s current home on Piers 27 and 29 is scheduled to be a part of the upcoming America’s Cup and Teatro ZinZanni is working closely with the City to locate a new permanent home.”

Norm Langill, Teatro ZinZanni’s president and artistic director said, “Working together with city leaders, we are determined to find a permanent home in San Francisco– for Teatro ZinZanni is now part of the terrific fabric of cultural institutions that give this city its unparalleled reputation for arts and culture. Our show mirrors the spirit of this city – a magical place that embraces silliness, frivolity, fun, intimacy and self expression. We’ll be back. This is home.”