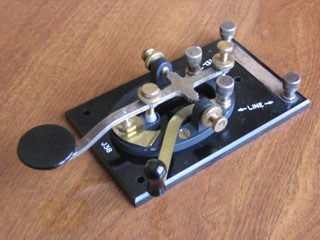 Email has died more times than Freddy, Jason, and Michael Myers combined. Just in case you haven’t got your horror icons in order, that would be Nightmare on Elm Street, Friday the 13th Part II (not the first), and Halloween. Happy holidays everyone!

An article about a company that instituted a “zero email policy” recently caught my attention. I thought the basic idea was sound (too much spam and non-essential email can kill productivity), but the solution (banning it all together) is courting outright disaster. According to the CEO of Atos (74,000 employees, $11.5B, based in France), the company that implemented the draconian measure, employees only receive 200 messages per day that are useful; 18% is spam.

That’s interesting, no? 200 email messages are considered “useful.” So, let’s ban email! And of that less than 1 in 5 is spam–easily addressed with spam filtering software. Again, the decision to ban email seems heavy handed. The underlying message of reducing clutter, though, makes sense; PowerPoint should potentially be thrown into the internal productivity killer bucket.

How will employees respond?

That is the question. No doubt it will challenge them to think about their actions and consequences when it comes to internal communication. How many times have you received an absolutely frivolous email just so that an employee, or subordinate can get “a word in”. You know, something like this: “I second that opinion.” or “Let’s have a meeting to plan the agenda for the next meeting.” or “Let’s hire Justin Bieber for the sales conference.”

Twitter, Facebook, Wikis, even SMS, have all aided our ability to communicate effectively, depending on our goals. But none of them have supplanted email as the go-to tool of choice when work needs to get done.

Just a short while ago, Facebook was going to kill email. Why bother, the thinking goes, load an email app like Outlook or web site like Gmail when you can communicate as needed within Facebook? It turns out email is far more robust, far more useful, and far more essential than any of us could have predicted. Twitter, Facebook, Wikis, even SMS, have all aided our ability to communicate effectively, depending on our goals. But none of them have supplanted email as the go-to tool of choice when work needs to get done. I doubt that will change for the next 20 years.

Email has stood the test of time. From its humble beginnings at MIT in 1965 (some trace its history back as far as the Morse code), almost thirty years before the Internet would be invented (by Al Gore), its basic framework has remained fundamentally the same: you choose a recipient for your message, enter a subject, type a message and send. Over time, off-shore “marketing” armies invented spam, setting in motion an epic battle to control our inboxes. Thankfully, many of them have moved to Twitter, the perpetual, real-time, narcissistic spam-engine to rule them all.

If I had to, I could live without Facebook, Twitter, Google+, Tumblr, Foursquare, and Yelp. Life would be undeniably less fun, and I’d have to resort to old-school means of obtaining breaking news, connecting with distant relatives, and following tech trends. But I absolutely could not ever live without email–our business would die. (I also could not live without WordPress…).

Facebook COO Sheryl Sandberg boldy predicted email’s demise at the Nielsen Consumer 360 in 2010. Guess what? Oprah lives; so does email.

Will today’s kids rise up and burn emails in a historic stand against generations past? I doubt it. It hasn’t happened in decades; why now?