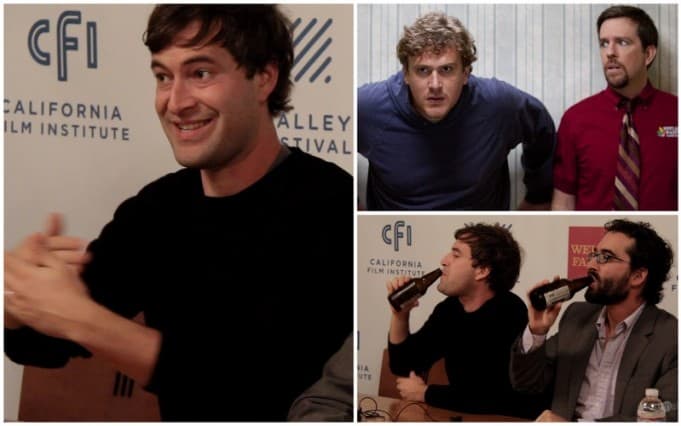 Of all the filmmakers, actors and directors we’ve talked with on SI over the years this has to be one of my favorites. Mark and Jay Duplass hold press conferences like they make films: free-wheeling, funny, unexpected. And, there’s beer a-swillin’ too. Why not? Their new film, Jeff Who Lives at Home starring Jason Segel, Ed Helms and Judy Greer has been burning up the indie film circuit (and holds a score of 8.1 on IMDB). Recently it played the Mill Valley Film Festival. Also, the dynamic duo’s new doc Kevin, about Austin musician Kevin Gant who disappeared in 1995, screened over the weekend at the Napa Valley Film Festival.

Familiar faces at Sundance, Mark and Jay have now made five features. Over the past decade they’ve established a unique style, eschewing the standard Hollywood template in favor of an approach that opens up creative possibility on set; largely in part thanks to their dislike for structure in the form of marks. “We don’t want to limit the actors to what’s just in the script,” Jay explains. “Then you’re confined by the material alone.” 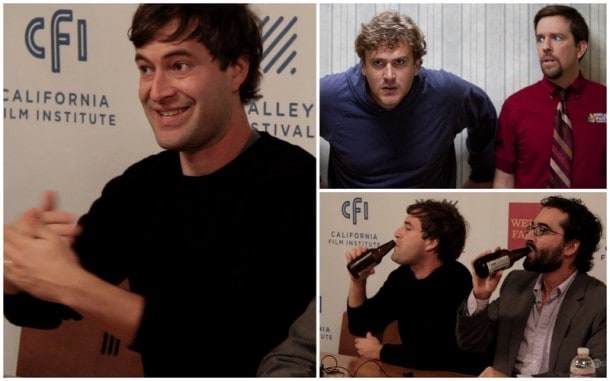 The brothers hail from Louisiana, a State that continues to impress as an indie hotbed. Case in point: Jeffrey Goodman’s (interview) The Last Lullaby, a gritty production starring Tom Sizemore and Sasha Alexander, previously profiled on Stark Insider.

Meanwhile, Mark continues to rack up major acting credits–with no less than 4 projects slated for 2012–working alongside some of Hollywood’s biggest names including Michelle Pfeiffer, Jon Favreau, Diane Keaton and Sam Shepard.

Jeff Who Lives at Home may hit close to home for many who would rather hide-out than face a brutal economy. Smoking pot in his parent’s basement, Jeff, the ultimate slacker, soon finds himself on a journey, with his reluctant brother (his polar opposite). Porsche fans: you’re not going to want to miss the crazy “chase” involving a Boxster.

On The Office style camera zooms that have become so trendy, I finally get a chance to ask a question on an SI video: why the popularity? Mark Duplass gives an interesting and surprising answer that I won’t give away here.

I recently watched a screening of Jeff at the Dolby Labs HQ in San Francisco, and can attest that their improv-friendly direction can indeed bring out an actor’s best. Although the themes–destiny, identity, love–have been explored oh-so-many-times before, they’re given the Duplass treatment here, which is to say: hold on to your hats… you’re in for a wild, memorable ride.