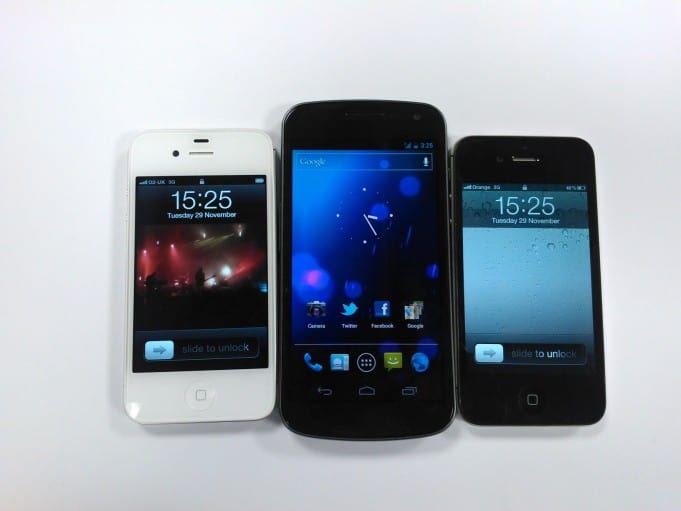 By the time the Samsung Galaxy Nexus hits the US (Dec 8?) the Android flagship will have likely garnered more headlines, stories, hands-ons, rumors, debates than any smartphone since the original iPhone landed in 2007.

A large part of it has to do with the mysterious air of confusion Verizon/Samsung/Google have been able to create (in a special episode of Nexus and the beloved Three Stooges). Instead of a big-bang end-of-year announcement and spectacular launch we have a possible game-winning touchdown gone awry. It’s like the Immaculate Deception, Android edition–let’s just fumble our way forward to success must be the thinking.

So I, like a lot of you OG Droids from Nov 2009, wait, and wait some more. Meantime we scour the Web for all things Nexus and ICS to get the latest “scoop.”

Two of today’s best bits that you may want to check out are related to the display (will the real Nexus display please stand up, please stand up) and a comparison with iPhone (my world is not black and white, holmes).

Regarding that display–it’s a controversial topic when it comes to the Nexus. That’s odd. Because by the specs it should be something special. Unfortunately, PenTile appears to be holding it back from true glory. According to this in-depth, review from PocketNow, you should be able to draw your own conclusions. I searched far and wide, and this video is the most definitive analysis I could find yet on whether or not the Nexus display is up to snuff. 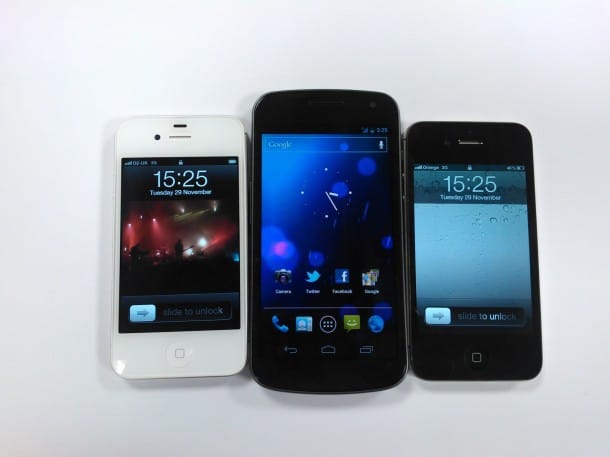 Over the pond, V3 has posted a 5-page review comparison between the Apple iPhone 4S and the Samsung Galaxy Nexus. The article covers everything from design (appears to be a stalemate), and voice recognition (“Siri is more fun than Google Voice” — oh brother, really?! — Skyrim is more fun than both!) to battery life (the ability to swap it out on the Nexus is a noted benefit) and the operating system (ICS “innovates” while iOS “plays it safe”).

Let’s just say the guys over at V3 have a sweet tooth. Chalk one up for openness.

DSLR in the Baja

Unrelated alert! I just got back from 2 weeks in the Baja where I shot over 1,000 photos with a Canon EOS Rebel T2i (I leave the beloved 60D at home–safe from the desert). You can read about my adventures and check out some of the photos here. I’m a ridiculous DSLR nerd. In particular, I’m huge on using DSLR for shooting videos. I’ve now produced over 300 videos for Stark Insider using the T2i and 60D – sometimes even in multiple camera set-ups. Great stuff!

Will you wait for Nexus II on February 30th?

Please tell me you got this?! Do I need to use special sarcasm marks- we could call them Colberts, yes?