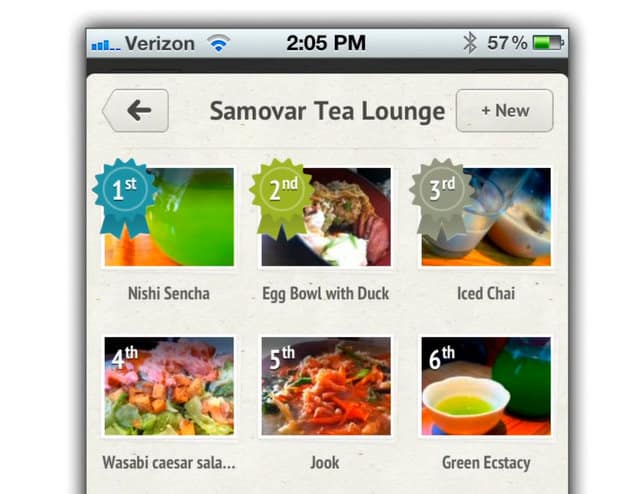 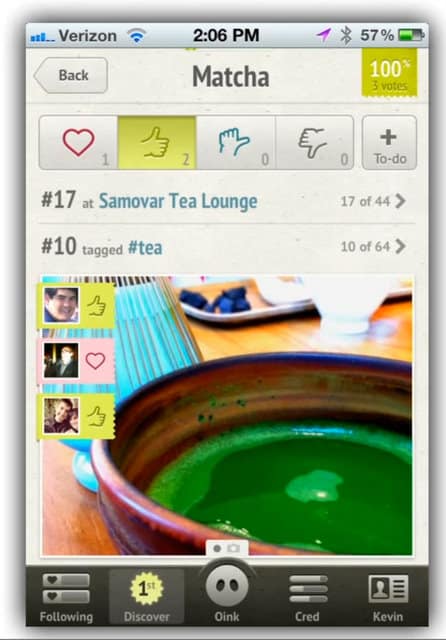 “Google Maps is very good at getting you to a place, to that front door, but it really doesn’t tell you a whole lot about what’s inside that place,” said Kevin Rose, presesenting his new project Oink at the Web 2.0 conference in San Francisco. “Same thing with Yelp. To find the best stuff you need to read pages of reviews.”

According to Rose, Oink is about things, not places. It allows users to rank, compare, share and discover things.

During the demo, Samovar Tea Lounge was used as an example. Log into Oink on an iPhone and–how refreshing–you don’t see maps, contact information or even any social discussion. Instead you get a top 10 list of sorts- a list of popular items; in this case the favorite dishes at Samovar (Nishi Sencha is #1).

Oink also uses tags as Rose demonstrated. For example, you can search for #tea (I would prefer #espresso or #wine myself) and find the best tea bars within a certain radius in San Francisco.

Ranking (“oinking”) is done by tapping one of four icons. You can automatically see what your friends are oinking about, and tag something as a to-do; geolocation is used to remind you later based on your proximity.

And–of course!–there is a badge/gamification element. You earn cred based on your engagement on various topics, and, almost like an adventure game, level-up. “You don’t get this with Groupon or LivingSocial,” he says. These aren’t blanket deals.

I like the idea, and the like simplicity of its execution. It goes beyond the check-in. What happens after you walk into a place?

Because it’s backed by Kevin Rose, Oink will get an automatic boost from his built-in following which could help during the early adoption phase. Typically, one of the trickiest “things” about launching these gamified social apps is getting traction and critical mass. Without user generation content and data the app can quickly become an empty ghost town.

The other challenge is app overload. People are still going to use Yelp. And they’re going to use Foursquare… and Facebook and Twitter when they’re out on the town. Is there enough of a gap there that someone will find value in getting a rank-list of, say, food items by opening up Oink on their iPhone?

Business model- Rose didn’t discuss that, it was purely a pitch for the app itself. I’m guess — I know, a stretch — it is somehow, someway related to… ads. Plus tie-ins with local businesses. Kind of like a mash-up of Foursquare and Groupon. If you get that right, there’s lots of opportunity.

Early reaction seems pretty positive with accolades for the UX, though many question the name and the concept of “oinking.”

I’d give it a shot in a few weeks, but I tote a trusty Droid (soon to be upgraded to Nexus or RAZR), so I might need to trust my oinking friends. 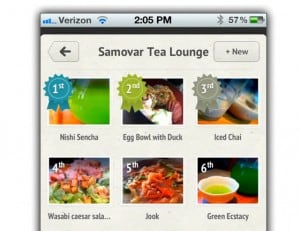