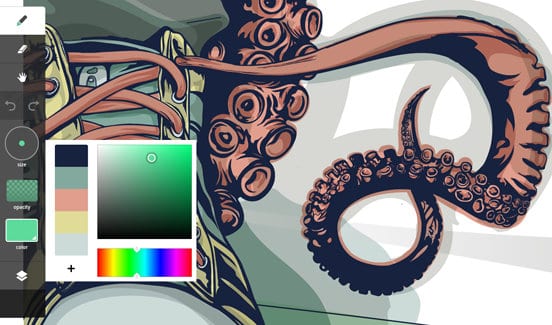 Adobe is (finally) reaching for the clouds. With the MAX developer conference taking place this week, the announcements came fast and furious yesterday. There were a few interesting moves, but no blockbusters. Good thing, though, the company got as many headlines out there as possible before the guaranteed blockbuster that is iPhone 5 hits today.

Out of the 8 announcements made, here’s the key takeaways.

Doubling Down on HTML5 … and Mobile

Flash may not be dead yet, but it’s starting to feel a bit like Sigue Sigue Sputnik. Enter Nitobi, a small Vancouver company focused on open source development tools for mobile. Their key product, Phonegap, makes it easy for developers to access popular mobile device features, like the camera, GPS, the accelerometer, without having to write full applications. Sounds like it’s popular too, with over 600,o00 downloads. Not a monumental play, but a solid tool set to tuck in to some Adobe development tools. Another step towards a world of  “flash-like” animations…

It’s Cloud Week (or maybe that’s Cloud Year). On Sunday at Oracle World, Larry Ellison talked up cloud iron, and all things cloud services. Expect a consumer version of that story today with the release of the iPhone 5 — remember, these are not devices, or even smartphones anymore, these are “services” (i.e. revenue streams). While we don’t exactly know what the Creative Cloud will look like yet (or how much it will cost) we do know it will include TypeKit, another acquisition Adobe announced. This one makes perfect sense. The here and now of typography (and design in general for that matter) is on the web, and on tablets. Adobe needs to be in that game. TypeKit, with its easy to use embeddable font service is tops. In fact, we subscribe to the service for Stark Insider (Myriad Pro).

“Adobe Creative Cloud will power the viewing, sharing and syncing of files created by Adobe Creative Suite and Adobe Touch Apps, with 20GB of cloud storage, eventually developing into a service that will deliver access to Adobe’s flagship creative applications and services and become an essential resource for creative professionals everywhere – all at a highly attractive price.” 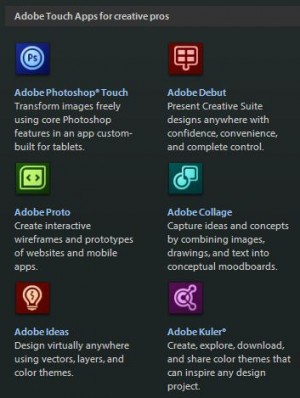 Also announced: Digital Publishing Suite, Single Edition (I know… naming?!). According to Adobe it provides “end-to-end workflow to publish a single-issue application for sale or distribution through the Apple App Store.”

If you check out the web sites for these you might just note a distinct lack of iPad love. Though, to be fair and balanced, Adobe Ideas is available now on the iTunes store for iPad and iPhone ($5.99).

Which is better: a massive “suite” of pricey products (Master Collection) or these new, bit-sized offerings?

I’m scoring this one a B-. Solid moves. But the cloud details are murky, and the company is still lagging in its move to re-align for a mobile/tablet world — beyond the niche desktop creative community. On the plus side, it has major league market (and mind) share when it comes to creative tools, so it’s still Adobe’s game to lose. Cutting loose Flash and embracing open source are wins. The bonus: getting some fresh, out-of-the-box thinking thanks to the talent that will come onboard from TypeKit and Nitobi.