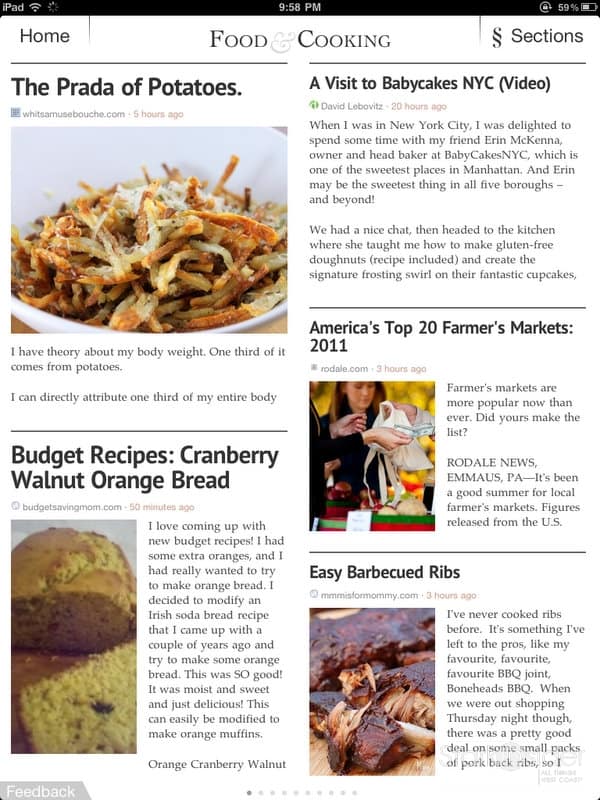 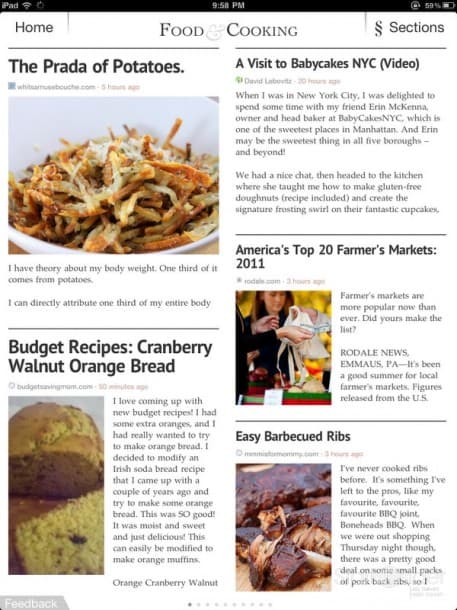 This is part 1 of a 5-part review series of magazine and news discovery and aggregation apps for iPad and Android.

I wasn’t always an iPad convert, and I’m not so sure I am now, but two things Apple’s game-changing tablet does incredibly well: news and magazines. So well, in fact, that I’ve ditched all my hardcopy subscriptions. Go digital or go home!  – “I must say!” – see Martin Short, Ed Grimley.

Chances are, if you like to read, you’ve already discovered how well tablets like the iPad and — to a lesser degree — Android-powered “Honeycomb” devices work for flipping through the latest headlines (Are new safety regulations over-due for air shows?), surfing the latest tech buzz (TechCrunch, the AOL Soap Part VIII), and tweeting a-la-Klout (I am King of the pen-pals, 21st century style!).

There are so many choices: Zite, Flipboard, News360, Zinio, Pulse, AOL Editions.

Well, in a word: transformation. Get with the gesture program, or get out, mon ami. These apps warrant your attention!

Okay, so let me save you a bunch of trouble and needless amateurish attempts at drama, and say this: download Zite. It flat-out rocks. If any app can challenge Flipboard, it might be this little trojan.

Zite enables you to create a customized “magazine.” You select favorite topics (World News, Politics, Technology, Food & Cooking, Film & TV, Sports, etc.) by clicking on the included selections. It works well. With a single touch I was able to highlight favorites, and in a flash those sections were added to my personalized mag.

What Zite gives way for sexiness (there are no fancy page curls), it makes up for in personalization. And this is what I love about Zite: you can give content and articles Ebert-inspired thumbs-up or thumbs-down ratings. In addition, you can tell Zite to “Give me more from…” and “Give me more about…” It’s intuitive and habit forming.

Sharing articles is simple. Twitter, Facebook, email, and a “Read it Later” option are all incorporated via a floating toolbar to the right, endorned in classy parchment.

You can create a magazine automatically based on social media. When I tested Zite, I added Twitter, Google Reader, in addition to the recommended topics. 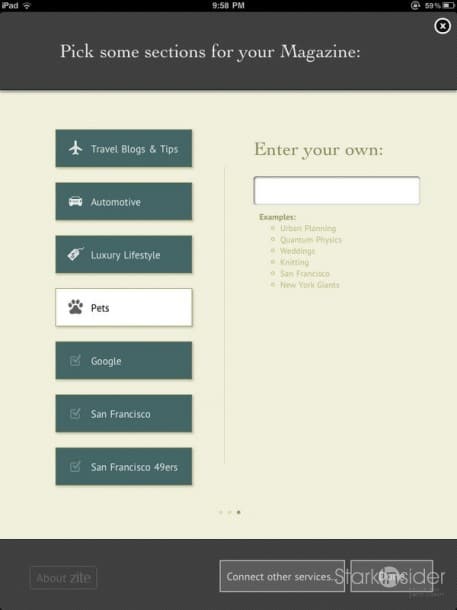 One of my favorite aspects of Zite is its speed. It’s fast. When I clicked on a Chrome 14 article by zdnet.com, for example, it pulled up almost instantly, including a thumbnail image and the full article in-line. No need to pull up Safari. My experience was similar across other articles too. 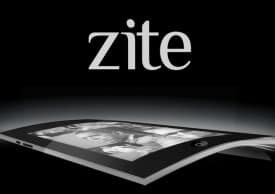 You can look at CNN’s acquisition of Zite in one of two ways I suppose. One: Sanjay Gupta just became your iPad’s best friend. Or, two: news aggregation apps are the future of media. It will be interesting to see what CNN does with Zite. Will it become a trojan horse for all things James Earl Jones, or a harbinger of things to come?

Zite impresses, and if you’re a fan of Pulse, Flipboard and other similiar apps you’ll want to give this one a spin. It’s a regular read on my iPad.