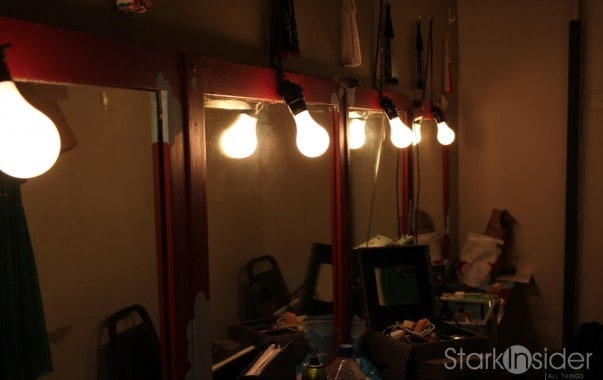 Fall theater season across the San Francisco Bay Area is in full swing, and we have a few more openings to share.

On our radar: a large green, funny – and somewhat popular – Ogre, and a Pulitzer Prize winning comedy of a darker variety. Here’s what’s happening, just in time for the weekend. Be sure to like the new SI Facebook page for the latest news. Let the show begin.

Based on the Oscar-winning DreamWorks film that started it all, everyone’s favorite ogre is brought to life on stage. In a faraway kingdom turned upside down, things get ugly when an unseemly ogre – not a handsome prince – shows up to rescue a feisty princess. Throw in a donkey who won’t shut up, a villain with a short temper, a cookie with an attitude and over a dozen other fairy tale misfits, and you’ve got the kind of mess that calls for a real hero. Luckily, there’s one on hand… and his name is Shrek.

WATCH: A human to OGRE transformation!

This darkly comedic play by Tracy Letts received the 2008 Pulitzer Prize for Drama. A modern masterpiece, winning modern masterpiece chronicles an American family at its resilient best – and dysfunctional worst. When the patriarch of the Weston clan disappears one hot August night, the family reunites at the Oklahoma homestead, where three generations of suspicions are aired and dark secrets are revealed. Weaving epic tragedy with scathing black comedy, August is a bracing and uncompromising portrait of rural Americana not to be missed.

Review: ‘Why We Have a Body’ at Magic, San Francisco by Clinton Stark