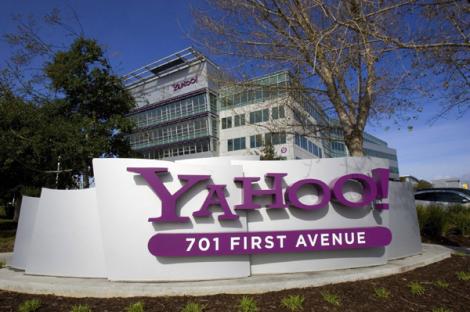 What’s next for Yahoo? Former Chairman and CEO Terry Semel was quite specific yesterday at a media leadership conference in Los Angeles when he told a crowd, “think twice about rehiring Carol Bartz.”

Surely, under the right type of leadership, though, Yahoo’s fortunes can turn for the better- as I’ve written before, there’s a strong asset base (display ads), some well recognized brands (Yahoo Sports) and a core customer base that seems to be willing to ride out the rocky times. I’ve been hearing rumors about a buy-out. And that seems like an increasingly probably scenario- depending on the price, potential music to investor’s ears.

If not Bartz, then what type of leader should the company be searching for, and how can it avoid a *&@! repeat of the past two years? To find out I spent some time with Karen Turrini, a specialist in C-level hires.

Stark Insider: Carol Bartz. Obviously it was a short, controversial run. I’ve written before that it was a smash or trash situation, that she’d either turn around Yahoo and come out a star, or go down in flames. What do you think of the job she did?

Karen Turrini: She went down in flames! Carol is a capable and experienced CEO however Yahoo should have hired someone current in social media like Sheryl Sandberg (Google, Facebook).

SI: Basically Yahoo moved sideways during her tenure, while Facebook, Google, Twitter and others continued to grow. Do you think some skills are more important for a company in such a hyper-competitive environment?

KT: Timing is everything but experience in the space is key- inexperience at this pace is risky.

SI: Some say (perhaps to grab headlines) that her firing was based on gender. Being very familiar with hockey locker rooms I must say her profanity-laced style wasn’t exactly foreign to me. Men, it seems, can get away with the f-bomb. Do you think women need to approach leadership differently?

KT: Her outburst was very unprofessional no matter what gender she is! I can’t recall any man being that rude! Women leaders need to be driven and intelligent- just like their male counterparts but they bring the added dimension of being multi-taskers and brilliant managers.

SI: Okay, let’s talk about what’s next for Yahoo. The company is in disarray- perhaps only matched in Silicon Valley by HP. What type of leader do they need now and what guidance would you provide on finding that person?

KT: Yahoo still has a massive audience but Jerry Yang should have sold it many years ago but someone will buy it now. Too bad they didn’t take the 47.5 B offer from Microsoft in 2008….now Microsoft will get it for a bargain!

KT: #1. Hire and surround yourself with the brightest and the best (always more talented than you) and the #1 thing to avoid is a big EGO!

SI: And, now, because we like to have a little fun mixed in with our tech, the Stark 3 – rapid fire, lightning round…

Dimmi over ice with a twist

Salad Caprese and anything Italian

Blackberry and my tennis racquet

SI: Thanks Karen for spending time with us.

Karren Turrini is Executive Vice President at DHR International. Based out of San Francisco, she specializes in C-level and VP searches in tech.