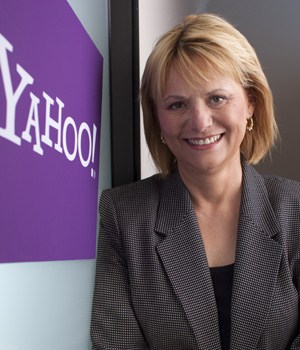 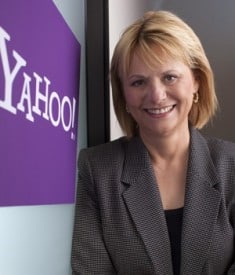 Things aren’t exactly like they used to be here in Silicon Valley. First HP proved even a storied company could flail publicly with its TouchPad fiasco. Now with the firing of CEO Carol Bartz Yahoo is following in the same mismanagement footsteps. What next … A Tasman-ian devil descends on Chambers at Cisco?!

Yahoo has been a stagnant company for a while. A lame duck. That’s not because they don’t have good products, they still do — see Yahoo Display Advertising. All of its CEOs — Bartz, Semel, and even Yang, a guy who should know better — have failed to capitalize on structural shifts in the Internet landscape – search, social, cloud.

Also, the employees, who like their counterparts at HP, are enduring a merry-go-round of strategy shifts and knee-jerk deals (Bing). It all points to the top. Maybe one can’t lead as effectively as they might hope laying down one F-bomb after another. Does it really work to inspire, to motivate? Hey you F*!#@rs, follow me to the promised land already! Oh yeah F*!#@ Microsoft … well, except for that ass-kicking search deal! Insiders tell me it was like working in a hockey locker room… on the losing side.

Perhaps leadership in Silicon Valley has changed. The old are out, in all senses of the word. And the new, like Mark Zuckerberg, Larry Page and Biz Stone, are in.

More likely it’s not a style thing. After all, these are large technology businesses. And nothing speaks to moral quite like profit. Case in point: Apple. Since Jobs returned the leadership team and board have stuck to a consistent strategy. Sure, there were many tactical missteps (Apple TV, Ping, Final Cut Pro X), but they were negligible to its core mission of making lust-worthy, game-changing products.

It was inevitable the question would arise. I can kind of see the point: why does HP CEO Léo Apotheker still have a job, and Bartz doesn’t?

But ask it the other way. Should a failing company be lenient to its leader because she’s a woman? HP has seen this and done that, and the answer, of course, is no.

Bartz was likely damned from the start. Taking the reins at Yahoo could only go one of two ways: (1) miraculously you turn the company around become a valley legend, or (2) you can’t move the needle, and end up getting fired.

Likely prescription for Yahoo now: break it up, find buyers.