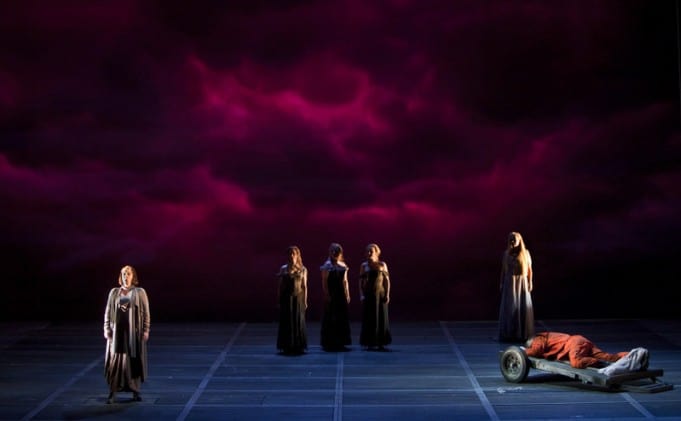 Summer 2011 Ring - The Ring of the Nibelung
Part 4 - Götterdämmerung

This is Part 4 (Götterdämmerung) of a four-part review series of The Ring of the Nibelung, one of the biggest stage presentations this year in the San Francisco Bay Area. Don’t miss the other reviews: Part 1 (Das Rheingold), Part 2 (Die Walküre), Part 3 (Siegfried). Also be sure to look for Cy’s wrap-up tomorrow. 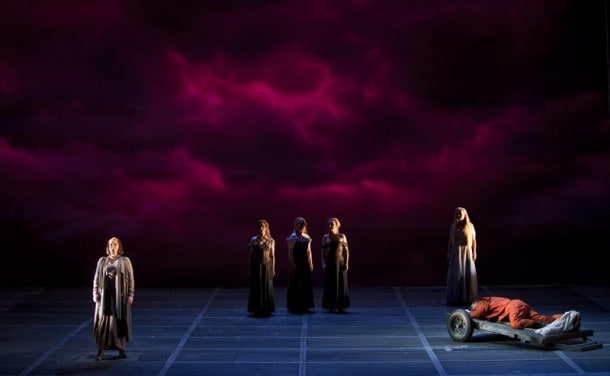 The evening really belonged to Nina Stemme, Andrea Silvestrelli and great, lion-headed Donald Runnicles. While Götterdämmerung goes down in flames and the gold returns to the Rhinemaidens, their shimmering performance continues to resonate.

Andrea Silvestrelli (Hagan) brought a voice so very different from any of the other men in the performance. Bass singers aren’t exactly known for their clarity of tone, as deep notes tend to muddy together. Silvestrelli was the exception to this, as his complex voice brought depth and clarity that marked him as the true powerbroker. Like Ian Storey and Jay Hunter Morris, his performance had a muscularity that was compelling. His role paralleled that of Loge, both consigliore of their respective realms.

Nina Stemme (Brünnhilde) was awe-inspiring. The final immolation scene requires the singer to do something nearly impossible, keep doing it for twenty minutes, do it faultlessly, all the while acting with sufficient talent to conjure a complete transformation from her earlier appearances, first at the Nordic slip of a girl that enchanted us when she blew into Vahalla, and then as the profoundly betrayed woman she portrayed only twenty minutes before. Stemme not only delivered on all this but she did it with power exceeding all the voltage on the stage, blowing the entire the audience away.

Tenor Ian Storey had a nearly impossible act to follow, coming after Jay Hunter Morris as Siegfried just two days before. Physically, both men were perfectly cast, with just enough girth in all the right places to give the naïve Siegfried a dollup of baby fat pudge. Both moved with Teutonic muscularity. However, while Storey’s voice had many excellent moments throughout the production, he lacked the depth and resonance Morris displayed the evening before.

Zambellli’s sets were brilliant, particularly the sterile chrome and glass palace of Gunter and Gutrune. The geometries at work between the steps on stage right and the slanting chrome and glass would have been striking enough, but they immediately invited comparison to the Vahalla portrayed in Die Walküre.

The overall pacing was remarkably quick as this five-plus hour production seemed to fly by. The lengthy first act covered so much material, with complex scene changes that it didn’t lag, despite it’s length. Acts II and III were so emotionally compelling that the audience was on the edges of their seats.

Götterdämmerung brought the SF Ring 2011 to a perfect close. This Ring will be debated by Ring scholars for years to come as it broke new ground and set new standards. One is profoundly humbled by the experience.