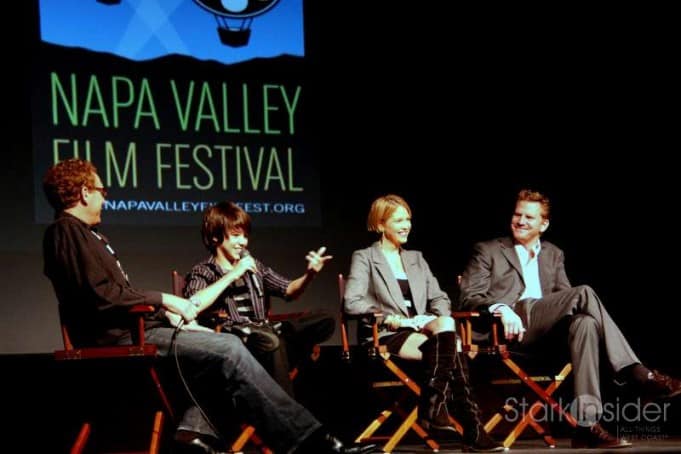 Running eighty seconds long the bit features some very – very – enlightened grape crushing techniques. And you were worried about brett and TCA!

You can watch the video below. Is it just me or is there a sardonic trend in wine humor that’s appealing?

We attended a preview of the festival last fall in downtown Napa, and I had a chance to speak with one of the co-founders, Marc Lhormer, film producer for Bottle Shock.

“What about Napa!?” he asks in reference to finally bringing a wine festival here. “We’re creating a new signature Napa Valley event that will add to the cultural calendar. This is a big ass film festival!”

According to Marc the festival will feature more than 75 films (narrative features and shorts, documentary features and short subjects, world cinema, student shorts) with over 250 directors, filmmakers and industry executives in attendance. As I mentioned in the podcast (listen below) while nothing in this world sells itself, NVFF would have to be one of those events that comes pretty darn close – food, wine, film… plus, not to mention the beautiful wine country surroundings are all sure to help draw enthusiastic film-goers.

Screening venues will be clustered in walkable locations around the region including the towns of Napa, Yountville, St. Helena and Calistoga.