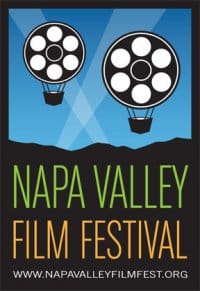 Film. Food. Wine. Not a bad combination. Add Napa to the mix as the stunning location and you’re really off to the races.

The new Napa Valley Film Festival brings all that and more when it lands in wine country November 2011. As a preview, organizers have announced a special three-day launch celebration that takes place next month (Nov. 12-14) offering  special sneak preview screenings, extensive Q& A sessions, pre-film wine tastings, after-parties and exclusive food and wine events with the attending filmmakers.

Marc Lhormer, who co-founded NVFF with his wife Brenda, took some time to speak with Stark Insider about the festival including updates on what we can expect, some of the goals, and what it’s like pulling together a film festival. Marc was also a producer for the entertaining film Bottle Shock (about the 1976 Judgement of Paris) so he may even have a wine recommendation or two in this interview! 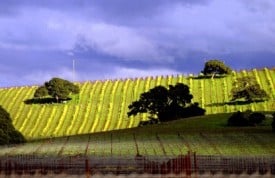 Serendipity in full swing, I first met Marc last year at Stag’s Leap Wine Cellars, one of the famous wineries that helped the up-start Napa wine-makers beat the French in 1976. We shot an interview on that day with Loni and Marc against the gorgeous backdrop of vineyards, rolling hills and a small lake. It was an unforgettably glorious Napa day. The pinch-me-this-is-too-good-to-be-true kind. I always know the type; I end up with a red glow from a day of sun, and my body is completely at peace, humming in a state of numbed bliss. Or something like that… you know what I mean! Let’s just say it’s better than waiting in line at the DMV.

When it comes to independent film, Northern California continues to grow in influence , and now even larger productions (Stone, Conviction, 127 Hours) use the region to jockey for Academy Award nominations.

The hugely successful (40,000 in attendance) 33rd annual  Mill Valley Film Festival wrapped over the weekend and included appearances by A-listers including Annette Bening, Edward Norton, James Franco and Sam Rockwell. This weekend the Berlin & Beyond Film Festival kicks off in San Francisco (with an encore day scheduled for San Jose).

Already in full swing is the Silicon Valley Jewish Film Festival (through Nov. 13). Earlier we had the Carmel Art and Film Festival and the San Francisco Film Festival. And, of course, early next year we’re all looking forward to the 21st edition of the Cinequest Film Festival in San Jose.

The first international film festival for the Napa Valley, NVFF will take place in November 2011. Showcasing the best of new independent cinema while embracing the epicurean pleasures of Napa Valley, NVFF will debut with a five-day extended-weekend festival spread over four of the valley’ s postcard-perfect towns: Calistoga, St. Helena, Yountville and Napa.

5:00 p.m.
Napa Valley Premiere of THE HAPPY POET with director/star Paul Gordon in attendance
Tickets: $15 each