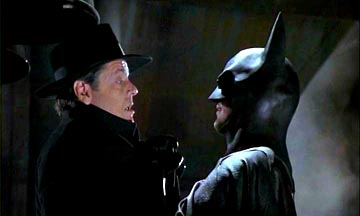 In 1989 I set-up my first surround system. It was the classic five speaker configuration: left and right channels, a center and two rears (unlike today, they were on the same channel). After I ran the wires, I turned on my old-school JVC amp – the one with the massive volume (attenuator) knob and wild, animated LCD display. I popped a VHS cassette of Batman into the VCR and cranked it…

My life has not been the same since that magical evening I discovered the magic of surround sound. It made all the difference. If someone asked me, what’s more important in home theater design, sound or screen – I’d say, both! But if someone forced my feet to the fire, threatened to steal my espresso beans and absolutely demanded I choose one or the other, I would go with the sound. The thumping, the echo, the enveloping… it’s truly amazing stuff, and it’s what I remember most sitting as a kid in the theater and watching films like King Kong, The Amityville Horror, and Raiders of the Lost Ark.

Fast forward a few decades and surround technology has come a long way. I was fortunate enough to have Jason Power of Dolby Laboratories in San Francisco join us on Stark Insider to talk about the latest and greatest: Dolby Surround 7.1 (used in theaters) and Dolby Digital Plus 7.1 (for homes). Jason puts it best when he says that this new world of 3-D film needs a comparably immersive audio experience to truly transform the viewer.

Wait till they get a load of me! Some of the biggest and hottest films today are using the new technology: Toy Story 3, Megamind, Tron, Pirates of the Carribean, Kung-Fu Panda 2.

Listen in to this special pre-NAB podcast as we discuss surround sound technology, what to expect at NAB, and, also, the impact of devices such as portable media players and the iPad on the entertainment markets.

Meanwhile, my home theater has matured just slightly since the 80’s. For one thing it’s been transplanted from the snowy tundra of a bedroom in my parent’s house in Ottawa to temperate Northern California. More importantly my screen has gone from 21-inches in size to 120-inches – whoever said size doesn’t matter wasn’t a home theater fan. The PS3 continues to be a most impressive media hub. I can access Netflix films almost instantly, and many are in HD with surround sound. For more current releases I turn to Vudu which is coming on strong and features crisp video (up to 1080p) and audio streams. To access my home collection I use PS3 media server and can stream for streaming those late-night Argento sessions, or when I feel like going on a NOES marathon- other nights it’s classic Bond or U2.

Next up: punching a few more holes in the ceiling to get that 7.1 glory. However, that requires a special meeting with my wife, aka the design committee.