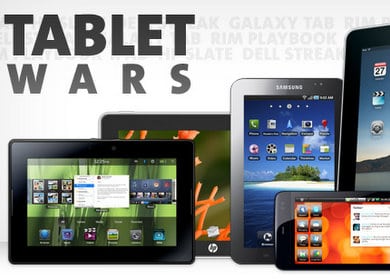 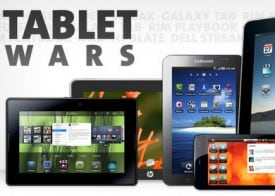 What Tablet War? 2011 is the year of the iPad… again. Don’t expect that to change any time soon either. While the competition, most notably the PlayBook from RIM and the Xoom from Motorola, focused on “speeds and feeds,” Apple honed its perfection of the “experience”.

But if you believed the media and the never-ending iPad-killer fueled headlines earlier this year you’d think we’d be witnessing Louis vs. Schmeling I all over again. Seems like the press and blogs-alike enjoy playing up a good fight, even if it’s a non-existent, astonishingly lopsided bout:

Even ipadkiller.net a web site aimed squarely at watching the iPad crumble has apparently thrown in the towel, with no updates since last October.

Google “iPad Killer” and you get 164,000 results. People love… rather loved the idea. If the euphoria peaked during CES with the frenzied unveiling of the Motorola Xoom, in recent weeks the tablet hangover has set in. Epic. Most of the press now appear to have sobered up and realized that Apple and the iPad are a phenomenon, the likes of which the tech world has never seen:

There are a few who did the trees from the forest early on. Tom Bradley may have summed up the sentiment best. It was as true when he penned the headline for PCWorld back in April 2010 as it is today: iPad Killer? We Can’t Even Get an iPad Challenger.