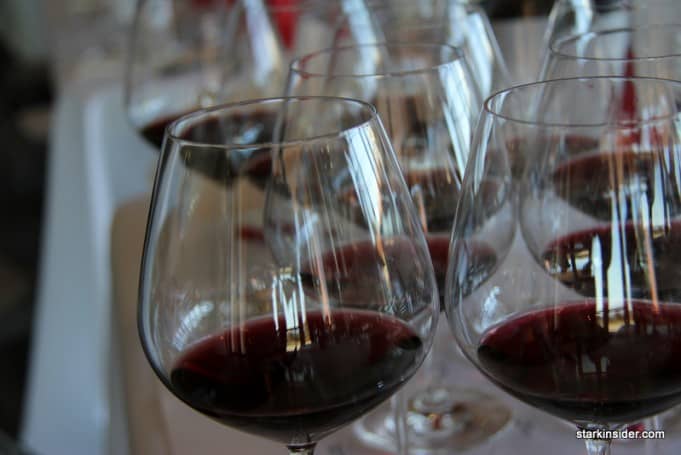 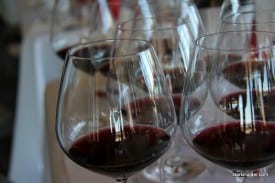 Maybe you should drink that wine instead of putting it away for a few years.

According to some napkin math that I performed based on yet another interesting post over on Fermentation by the illustrious wine PR man himself, Tom Wark, 75% of Robert Parker’s perfect 100-point scores were awarded to wines with a vintage deemed “young” or “early”.

It came as somewhat of a surprise.

How many times have you been at a dinner party and heard someone say “it needs to breath” or “not bad, but would be even better in a few years”?

No doubt, in many cases (perhaps even most) aging wine can make it taste better, or at minimum different. As a living organism it can change over time. With wine it typically means a softening of the tannins and a change in the color, from bright reds to muted burgundies (pun or not to pun?) and browns. Aging wine and then testing various vintages over the years is one of the wine collector’s raison d’être.

But life is short, no? So I say: uncork now.

My wife — the collector — has a different view point, and has managed the careful growth of our cellar (which is mostly focused on California reds).

Perhaps, once again, I should let the Canadian in me win and suggest we split it down the middle. That’s why on trips to Napa we’ll buy at least a half case of a favorite so that we can enjoy some now and age the rest. 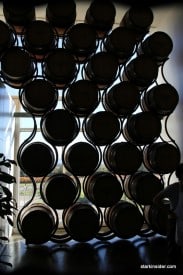 On that 75% number. Let me clarify how I arrived at it. First, kudos to Tom Wark who consistently performs first-hand analysis. In the world of blogs, this is rare. Also, he writes on a regular basis — another rarity. Although I follow hundreds of wine blogs in Google Reader, it’s Fermentation along with Steve Heimoff that typically peculate to the top. Those that try know the difficulty of finding interesting things to say on a regular basis about any subject, let alone the often dry topic of wine. Witness the never-ending parade of posts questioning the 100-point system.

In the piece, Profiling Robert Parker’s 100 Point Wines, Tom sets out to analyse some of the characteristics — origin, maturity level, color, descriptors — that Robert Parker’s perfect wines share. In total there are 224 wines that have achieved the vaunted 100-point score. I can’t confirm this as I don’t subscribe to eRobertParker.com, but for now I’m going with the numbers he provides.

There are some predictable results: the French (Rhone + Bordeaux) score the highest number of 100-pt. wines followed by California, then Australia and Spain; wines that receive a perfect score sell-out fast; adjectives most associated with top scoring wines include “rich”, “intense” and “concentrated” (coincidently, all words we know that often lead to wineries crafting wines specifically targeted at achieving a 100-point rating from Parker); and perfect wines are generally more expensive (although the cheapest starting at $59, a 1995 Chateau La Graviere, sounds like a screaming bargain).

Words not used to describe 100-pt wines include: “Booya!”, “Black Swan-ish”, “Drinkable” and “Better than Chuck”.

But, of all the results, it was maturity level that caught my eye, since this finding bucks the aforementioned conventional wisdom which equates older with better.

I won’t recap Tom’s post here, I suggest you head over to Fermentation and read it there. But here’s the math, and, yes, I did not need a new Sandy Bridge to arrive at these computations:

Caveats abound of course, and I’m not about to submit this striking work to a journal anytime soon. I have no idea what Parker deems “Young” or “Early” although I’m sure there is a definition somewhere; I am sure, however, that it is not as old as “Mature” or “Late” wines that he also assigned perfect ratings. And note that Tom mentions he’s no stranger to “Lies, Damned lies and Statistics” — words of wisdom.

Sometimes a young wine is ready to drink now, and can deliver many (if not all) of the virtues of its aged cellar mates. 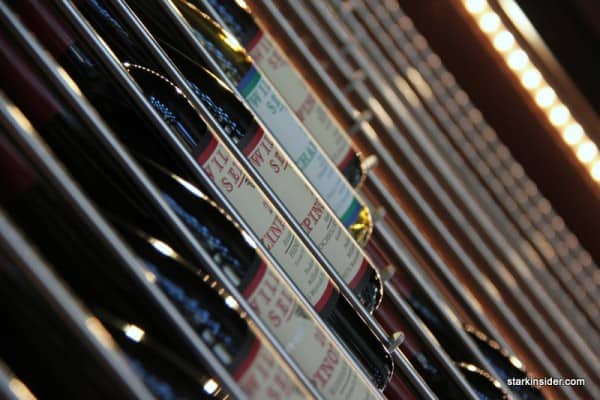