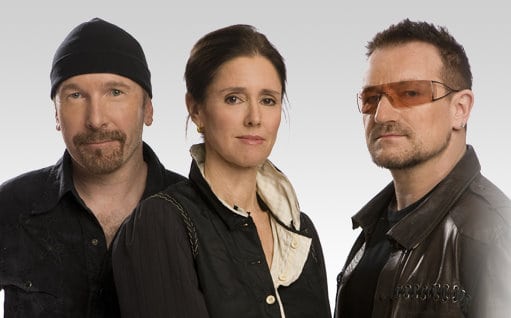 The best thing about the “disaster,” the “fiasco,” and the never-ending drama that is Spider-Man: Turn Off the Dark the musical, is that it’s drawing the attention of non-theater goers.

Say what you will about the injuries, the music (by Bono and The Edge of U2) and the stunts, but what are we if we don’t at least push the envelope and try something new?

Over the weekend I did some thinking. Last time I wrote about the saga, I questioned whether Broadway was trying too hard. But now I’m second-guessing myself. I live in Silicon Valley, dammit! We celebrate innovation, and its constant companion, failure. Facebook, Google and Twitter are the anomalies.

So why should Broadway be any different?

They say if you want to make an omelet, you’ll need to break some legs… uh… I mean eggs. While I still think the script and acting are paramount when it comes to staging truly lasting and memorable productions, I now find myself thinking that Spider-Man represents new thinking, a new way forward for Broadway — say, Broadway 2.0, or maybe even 3.0?

Fiddler on the Roof, The Lion King, Phantom of the Opera: all fine shows. But for a new generation engulfed in Tweets, video games, and 3-D, there has to be something new and exciting about the stage to draw attention. Don’t get me wrong, I’m not suggesting theater becomes the purview of James Cameron. That’s not the point. I am suggesting, however, that the product may need to evolve to address the ever-changing needs of its (paying) audience.

I’m not sure what will become of Spider-Man: Turn Off the Dark. I do know that for the first time in a long time a Broadway show — one that has yet to even open! — has captured lots of headlines.

I haven’t seen it yet. But from what I’ve read, the early reviews are polarizing.

The Toronto Star slammed it, “The only truly amazing thing about Spider-Man: Turn Off the Dark, is how unequivocally awful it is.”

Then there was The Star-Ledger’s Jay Lustig, an admitted non-theater critic, who wrote, “it’s worth seeing.”

In the San Francisco Bay Area, the local “A Broadway Critic” who routinely sees shows in London, New York and LA, raved about it: “It’s worth every cent.”

A quick aside. U2, it should be noted, has already produced one of the most lavish touring Broadway shows in history. It was called the Zoo TV tour. Mr. MacPhisto, anyone?

Whether Spider-Man: Turn Off the Dark is a financial success or not is a matter of record. For me, what’s most important is that someone like Julie Taymor (who could’ve easily rested on her laurels after The Lion King, a mega-hit for the ages) and her team tried something new, something adventurous. Changing the game is never easy. But do we really want to see the same Broadway musical format copy and pasted for the next century, or are we willing to accept some short-term hiccups in hopes of discovering something new?

Parting thought — Taking a page out of the Google “beta” playbook… maybe never-ending previews are the stage equivalent of the indefinite software “beta” that Google perfected (i.e. Gmail). Hmmm… let me see… a show that is selling out, at full prices while in preview and generating never-ending buzz and conversation… why ever “open”?