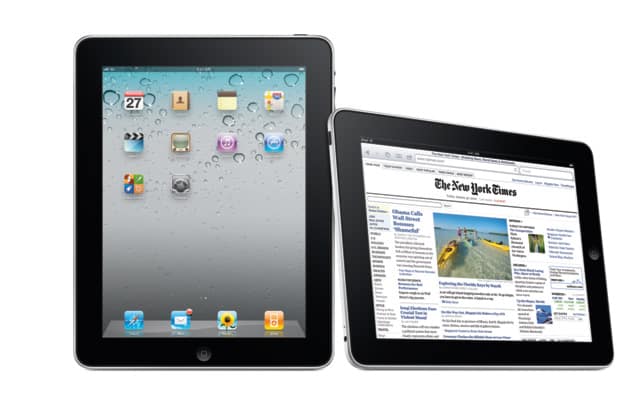 March of the iPad continues. According to results from a survey released today by the Donald W. Reynolds Journalism Institute (RJI), “Three-quarters of respondents spent at least 30 minutes a day consuming news on their iPad,” and “nearly half said they spend an hour or more.”

On the one hand, the print business continues to get pummeled. A high fixed cost business model, it was designed for the good old days when many a movie would feature a spinning newspaper, “Extra! Extra! Read all about it…” Today, that iconic image should very well may be a spinning iPad. But the silver lining for publishers is that consumers appear willing to digest increasing amounts of news on devices such as the iPad, perhaps indicating a future revenue stream to replace the evaporating print subscriptions. Maybe. Remember this is a generation built on free information, and the world of the “freemium.”

According to the survey, keeping up with news and current events is the most popular use of the Apple iPad.

The findings indicate more than half of print newspaper subscribers who use their iPad at least an hour a day for news are very likely to cancel their print subscriptions within six months. However, that decision could be influenced by several factors – especially price, which was mentioned most often.

Of the more than 1,600 survey participants:

“These findings are encouraging for newspaper publishers who plan to begin charging for subscriptions on their iPad app editions early next year, but our survey also found a potential downside: iPad news apps may diminish newspaper print subscriptions in 2011,” according to Roger Fidler, RJI’s program director for digital publishing and the research project leader.

Nine out of 10 respondents who consumed at least an hour a day worth of news on their iPad said they were either very likely (71.8%) or somewhat likely (21.2%) to use a newspaper’s application for reading news and feature stories as opposed to using a Web browser to navigate the newspaper’s website.

These and other finding will be discussed from 2:15 to 3:15 p.m. CST at RJI’s Tablet/E-Reader Symposium and Digital Publishing Alliance meeting in Columbia, Mo, on Friday, December 10. The symposium will be webcast live.

A report on the survey results can be found on the RJI website.