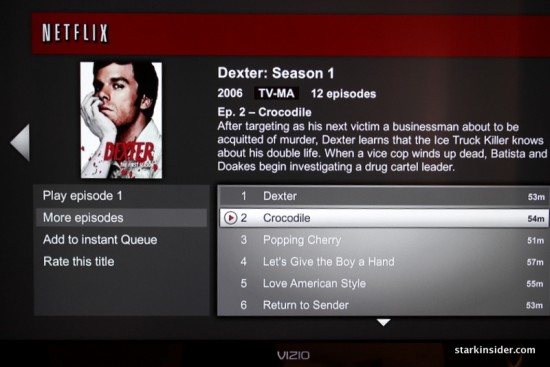 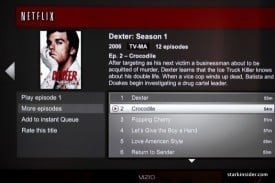 Netflix is here for the PS3 (no disc required), and I still stand by my initial assessment from a few weeks back – “A low risk prediction: the lifespan of Blu-Ray is going to be extremely short. Streaming is here. It works, it’s convenient, and it changes the game.”

After testing the app — streaming movies, navigating menus, playing with the controls — I’m as convinced as ever Los Gatos-based Netflix has a winner here. No doubt there is some stiff competition out there when it comes to streaming video, notably from Apple, Roku and Google TV, but Netflix just works. And it’s easy too.

Apparently I’m not alone in my praise. Wired recently awarded it a lofty (and rare) 9 out of 10. Previously they rightfully anointed Netflix “a streaming video company with DVDs on the side.” Blu-ray, it was nice knowing you.

If I were to place an early bet on the future of streaming video services, I’d pick Netflix. It seems every company that disrupts existing business models has a visionary, sometimes obstinate, and charismatic leader. Apple has Jobs. Amazon has Bezos. Microsoft has… uh, well, I think I’m mostly on point… and Netflix has Reed Hastings.

Known for innovative business practices and not accepting the status quo, Netflix has what it takes to go toe-to-toe with the big guns. Two years ago, Hastings said, “What we’re finding is that young people, under 25, are watching our streaming on their PCs in huge numbers.”They operate more portably than we do with our big screen TVs.” With smartphones and tablets all the rage, Hastings is right on the mark, much like Bezos’ well-timed Kindle strike, by all accounts a smash hit.

So, in my testing I’ve had some time to surf across various content. Note that Netflix doesn’t stream everything. If you’re looking for older titles (The Sting), and even many of the newer ones, you may be disappointed to see it available as “disc only.” Also, many are not yet in HD or offer 5.1 surround sound. However, I found many of the titles I was most interested in (Heat) did feature the premium cinematic experience.

Here’s a quick look at some of my favorites now streaming on Netflix. Don’t forget, you can watch these on the PS3 or Wii app, then resume if you like on a smartphone (Android, iPhone) or laptop. It’s convenient, it works, and it changes the game.

What do you think of my picks, and the Netflix streaming service?