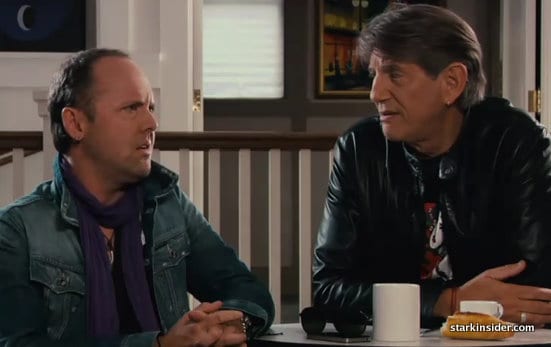 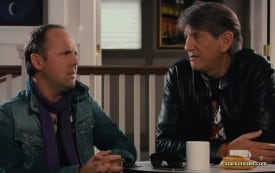 The 33rd Mill Valley Film Festival (MVFF) opens next Thursday (Oct. 7) and features scores of quality films from across the US, and the world (preview). The promos are now up on YouTube including trailers for select films. Some of my favorites are the ones for the festival itself which star rocker Lars Ulrich of the legendary San Francisco band Metallica and actor Peter Coyote. Of course the two are a bit of an unlikely duo, hanging at a coffee shop, discussing film, acting and guitar playing.

The humor here is definitely my speed: extended awkward moments, sarcasm, and a dash of quirkiness. Of course, that’s largely why I think they’re so much fun. As they say, your mileage may vary. If you like The Office, then this is your bag.

Is it just me or does it feel like Lars has a brewing temper, just ready to unleash any second? Perhaps a lifetime of being near a heavy metal drum kit has helped keep things in check. Of course those that follow the band, or have seen the documentary METALLICA: SOME KIND OF MONSTER (1994) know that James Hatfield is the more likely wild-card.

Then there’s Peter Coyote. I wondered, what has he been up to? I hadn’t seen a film of his in ages. His career, though, appears to be going swimmingly well. Many will know him from Law & Order. Plus he has at least four film projects in the hopper, from what I can tell on IMDB.

I’m not so sure the effect of the trailer below is the same in a small YouTube window as compared to watching it on the big screen in a theater where the silence can hang so deliciously over a large audience. MVFF organizers screened these a few weeks back at Dolby Labs in San Francisco as part of the media kick-off. Later, it was followed by the thoroughly enjoyable THE KING’S SPEECH starring Colin Firth and Geoffrey Rush in pitch-perfect roles. We’re not allowed to write reviews in the SF Bay Area until the film is theatrically available (there are some published from the East Coast), but early Oscar talk is most definitely justified.

On with the trailer starring Lars Ulrich and Peter Coyote.

Check out the video below – what do you think?