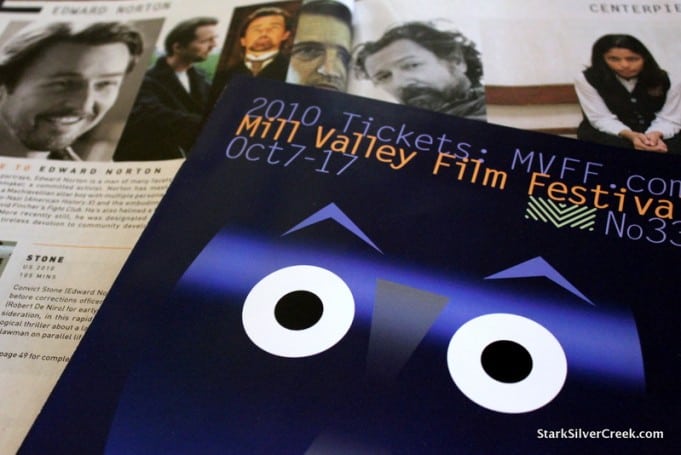 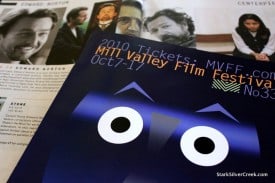 Exactly how long can you watch a guy type War and Peace with his nose? That is the question that Lars Ulrich of Metallica asks in one of the cheeky ad spots for the upcoming 33rd edition of the Mill Valley Film Festival (Oct 7 – 17, 2010). Later, actor Peter Coyote announces he’d like to be a rock star, but admits he can’t sing and is a marginal guitar player at best. “That’s not enough,” retorts Ulrich, iPhone in hand. So maybe they’ll see a film instead, just like the rest of us will be doing next month.

This morning, the California Film Institute unveiled its 143-film lineup for the annual festival, and there’s sure to be something for everything. By the numbers: 12 World Premieres, 7 North American Premieres, 12 US Premieres. And 2010 Focus: Canada, Scandinavia, “The Body in Balance,” and “Mentors & Teachers.”

“The film world is in flux,” said Executive Director Mark Fishkin, in opening remarks during a press conference at the Dolby Labs HQ in San Francisco. “These films this year highlight the wonderful diversity of our world as well as the universality and the most basic human values of it.” 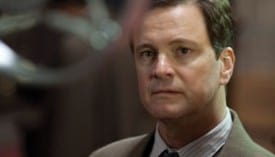 The non-competitive fest will open with the superb King George IV period piece THE KING’S SPEECH (see below for short review) starring Colin Firth, Geoffrey Rush and Helena Bonham Carter. Director Tom Hooper will be on hand. Also, opening night will feature CONVICTION, based on a true story, and starring Hilary Swank and Sam Rockwell.

THE DEBT starring Jessica Chastain, Sam Worthingtoon and Helen Mirren, will close the festival on October 17.

Many will eagerly anticipate the follow-ups from director Danny Boyle (Slumdog Millionaire) with 127 HOURS, and Julia Schnabel (The Diving Bell and the Butterfly) with MIRAL.

International programming is strong. As they said, “The world comes to the Bay Area, and the Bay Area goes to the world.”

Documentary SUBMISSION (Sweden) starts with the filmmaker having his own blood analyzed and discovering it contains several hundred persistent, industrial chemicals. “Your child would be healthier living in a wood shed.”

I was glad to see Canada well represented with three films: THE CHILD PRODIGY (Luc Dionne), LEAVE THEM LAUGHING (John Zaritsky), HEARTBEATS (Xavier Dolan) which, as organizers pointed out, should draw a younger, hipper crowd (not that there’s anything wrong with the current company!).

PRECIOUS LIFE by journalist turned filmmaker Shlomi Eldar is set amidst the Middle East conflict and tells the story of a Palestinian woman, who’s son suffers from “bubble disease,” comes to an Israel hospital for help.

PIXAR is represented by two films, ATOMIC MOM and THE JAY CLAY TRILOGY.

Tickets for the 33rd Annual Mill Valley Film Festival tickets go on sale Sept. 16 for donors, Sept. 19 for institute members and Sept. 22 for the general public.

Lots more to come. For now, I need to digest the schedule, the content and all of the information that was announced this morning. This is my first time attending MVFF. My initial impressions: classy, intelligent, global, thought-provoking. And, quality films, which brings me to…

After the press conference, the film THE KING’S SPEECH was screened in the cozy Dolby Labs theatre (finished in subtle beiges with wood accents–not nearly as techy as I might’ve guessed). With plenty of Oscar buzz already surrounding the picture I was anxious to see what the fuss was all about. In a nutshell: it’s fantastic, double entendre of a title and all. This is a wonderful film, and the perfect choice for one of the openers for the MVFF. Geoffrey Rush is, once again, marvelous in a taylor made role as a speech therapist to King George VI, played by Colin Firth with vulnerable appeal. Helena Bonham Carter plays the King’s supportive wife, and unfortunately doesn’t get much dialog, but sparkles as always, radiating royal elegance. Impending World War II serves as the backdrop and ups the stakes as Churchill, and all the King’s men attempt to fortify the resistance. All it takes, though, is for King George to kick his stuttering habit so he can deliver the speech that would rally the nation, and the world. A must-see. A full review to follow once the film is released in the Bay Area and the hold embargo is lifted.