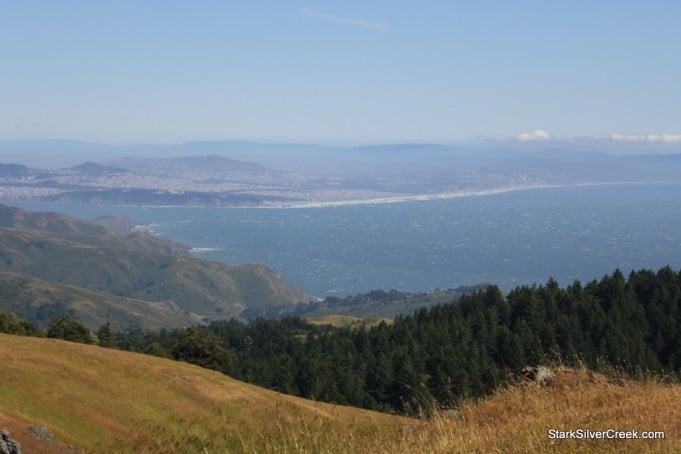 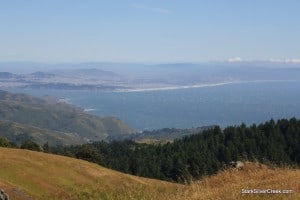 An afternoon of outdoor theater turned into quite the adventure, as we headed up to Mount Tamalpais, first crossing the Golden Gate Bridge, and then winding our way along twisty highway 1. As usual, we encounter the unexpected. From an impromptu Porsche Cayman chase à la Basic Instinct to trivia and banter that covers the gamut. Who knew that the color of the Golden Gate Bridge, or a look-a-like school bus from Nightmare on Elm Street Part 2 would all play small roles in our pre-show drive. Or could it be we just have overly-active imaginations?

Either way, heading to Mountain Play is an experience in itself. And that’s partly the point of this family-friendly, picnic-friendly, scenic-friendly afternoon of outdoor theater. To sit with about 3,500 of your closest friends nestled among the giant fir and Redwood trees is an experience not to be missed, and a surefire way to unlock the senses.

That the views to the Pacific Ocean and to San Francisco are so astoundingly panoramic and intoxicating is just icing on the cake.

For a guy like me, with a trusty Droid, but even trustier Canon T2i DSLR in tow, it can make for a perfect opportunity to put all manner of gadget to the test. And, for the record, please excuse the blown-out whites and slight audio sync discrepancy here. Lessons learned. Frame rates must match: Canon @ 24fps and Flip @ 30fps won’t work when laying down on sync track. Also, aperture; must be higher on sunny day. All lessons for another post.

But the real highlight here is the show: Guys and Dolls (review). This is Mountain Play’s 97th annual show. And what a perfect choice. Executive Director Sara Pearson, seen here in this episode, told us they had to scrap 4 months of effort on Peter Plan, the original choice. That was a good decision, as with SHN staging their dramatic 360-degree presentation at Ferry Park, the confusion would have been a hassle, not to mention licensing issues I’m sure.

It’s a great adventure. And it’s darn good outdoor musical theater too. Act soon if you’re interested in catching a show as there’s only three more showings: June 12, 13 and 20. After that, it’s gone, until same time next year. Pack that cooler. Don’t forget the bottle openers, and enjoy a day of sun and entertainment atop Mt. Tamalpais.