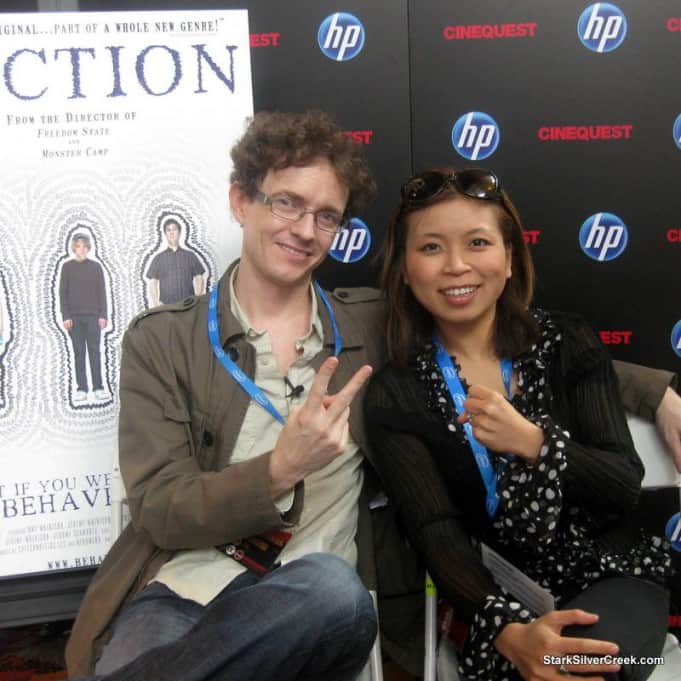 Although the closing ceremony and awards took place last night along with the screening of Mother at the California Theatre, Cinequest Film Festival 20 officially comes to a close today.

For the first time an “encore day” was added. Audience favorites and award winners will receive a bonus screening allowing fans an extra opportunity to catch anything they might have missed. It’s one more enhancement to this year’s schedule that has resulted in an even better festival.

Another success were the daily soirees. Filling some of San Jose’s finest including Il Fornaio, Morton’s and ICA, the food and drink flowed liberally as did plenty of spirited discussion amongst filmmakers, press, festival go-ers, and trade.

Here’s what I recommend: Professor, Applause, Cleanflix, The Escape. What an excellent day of film!

Films are, of course, front and center. But I wanted to take a moment to acknowledge some of the superb, timely, and always entertaining coverage of the festival itself. Across Blogs, Twitter, Facebook and Web sites, it allowed us all to enjoy additional perspectives on the films, and, in case we missed anything, to catch up on events, forums, presentations and, occasionally, even the pithy.

Sal Pizarro of the San Jose Mercury News by all accounts was a man on a mission.

In addition to his regular responsibilities at the Merc which includes his daily column, he wrote—Blogged!—about Cinequest. Faithfully capturing the scene, the mood, the action, Sal was on location bringing us the scoop. And if you’ve met Sal before you know he is Mr. San Jose (and, recently, Mr. Dad). I was very impressed that he was able to produce such high quality accounts on a daily basis, and still have time to mingle with the Cinequesters.

If Sal is a man about town, then Cynthia Corral (SJ Met Blogs, CQ Central) is all about the films. According to a Tweet yesterday, she has seen some 26 films in 11 days. Plus she, like hundreds of others that so graciously donate their time to Cinequest, volunteered and presented films as well. Talk about burning the midnight oil! Her reviews are well written, informative and must reads for film-goers looking for insight. Also, Cynthia wins the CQ Twitter award. I’m not sure of the number, but she easily out-Tweeted all and routinely lit up the Cinequest stream (and #cqff20, #cqff). You  might even have learned a fashion tip or two.

Cinequesting was another daily stop worth making. I believe it’s run by “morgank” whom I’ve not met. I like that each day was a surprise… sometimes it was links to stories, others a video or podcast. Or updates about Twitter, festival highlights and scheduling. It was another welcome addition to the bevy of  online coverage.

On Saturday morning Loni and I attended the Adobe Youth Voices screenings at Camera 12. It was a thrilling time. The energy and excitement were amped to 11. And why not? These teens were going to see their hard work—three weeks worth—up on the big screen in front of a packed theater of family and friends. We’ve followed the journey starting with the five teams brainstorming in week 1. It seems like eons ago. We also captured some videos and red carpet style interviews with the young filmmakers. Stay tuned for more on this wonderful community program.

It’s a tough call, but my top pick is The Bone Man (followed closely by Applause and Life in One Day). Although it almost jumps the shark into Euro-camp towards the end, it was just flat-out awesome.

Finally, a huge debt of gratitude to Team Cinequest who pulled off a superb 20th anniversary festival. Their hard work and effort, along with over 600 volunteers, paid off with a seamless, entertaining event. You only needed to walk around downtown San Jose for a few minutes before feeling the extra energy (and Maverick spirit to boot!).

Halfdan Hussey and Kathleen Powell continue to share their passion for film, and we’re all the better for it. Cinequest truly is a San Jose gem. Also thanks to Darnisha, Stephanie, Edita, and other staff. Thanks for working with StarkSilverCreek and others to bring CQ to the online community.