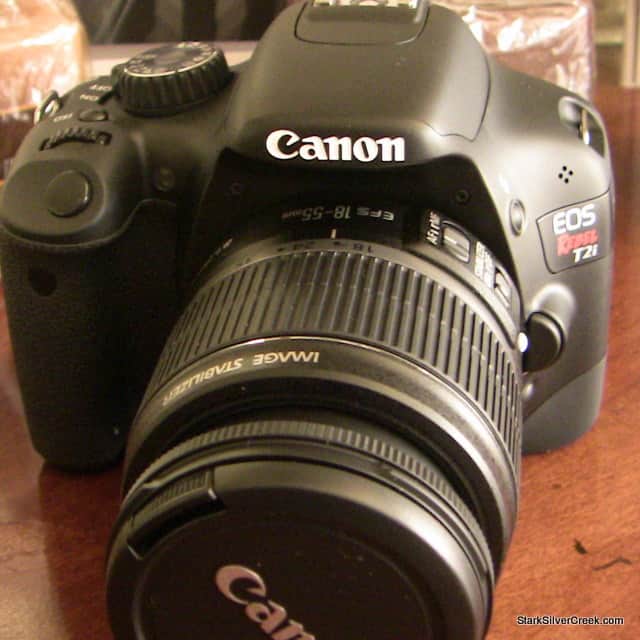 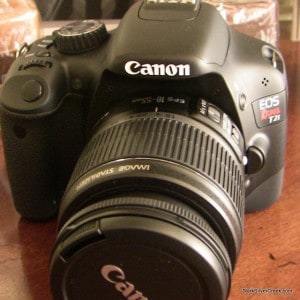 The new Canon T2i DSLR camera finally arrived, after searching high and low to find one in stock. It’s my first SLR of any kind since as a kid my Dad (and grandfather, Bossie!) introduced me to the world of photography, allowing me to occasionally—and ever so gently—use their Canon TL, and Canon AE-1 cameras. It was an unforgettable thrill to this day.

Being a crazed gadget and tech fan, it opened up all kinds of possibilities for tinkering: aperture, ISO, shutter speed, focal length. Photography it seemed was all about jargon, with a decent amount of math thrown in for good measure.

There’s a few things that made the decision for the T2i (550D) almost a no-brainer.

It’s a new model, and benefits from trickle down tech from the more expensive ones. And speaking of price, for under $1,000 it’s a bargain relative to the competition and is expected to, at least according to some articles I’ve read on enthusiast sites, turn the DSLR market on its ear in 2010.

Also, being a Canon means using an adapter I can also use all the old, but high quality, lenses still in our family’s tech archives.

Then there’s video. With native 1080p, 24 frames-per-second capability, the T2i can produce film-like, cinematic video. At least in theory.

This rookie will need plenty of practice to come close to what I’ve seen on Vimeo – impressive what others have done with it. Cull Hoback, director of Friction and an eccentrically fun personality whom we met (and interviewed) at Cinequest, raves about it, telling me on Facebook that it can outperform a $100,000 HD Varicam from just a few years back.

So I’ve been testing out the T2i, and here are some initial thoughts. More photos are below. I know I’m not going to win any awards, that’s for sure. And I could probably use a refresh on ISO, aperture and shutter speed, not to mention basic composition shots. Oh man, the things I do to make Loni look good!

You can tell from looking at my first shots that I’m not going to be getting into something like the 2011 Loreto calendar anytime soon. But we do look forward to using it for some of the Stark Insidervideos to see if it can be used as an all-in-one: for both HD video, plus high quality stills.

If you see all sorts of wacky, over-wrought photos and videos on Stark Insider in the coming weeks and months, you can blame me and my full-circle journey back to the world of photography, thanks to a new little Rebel.