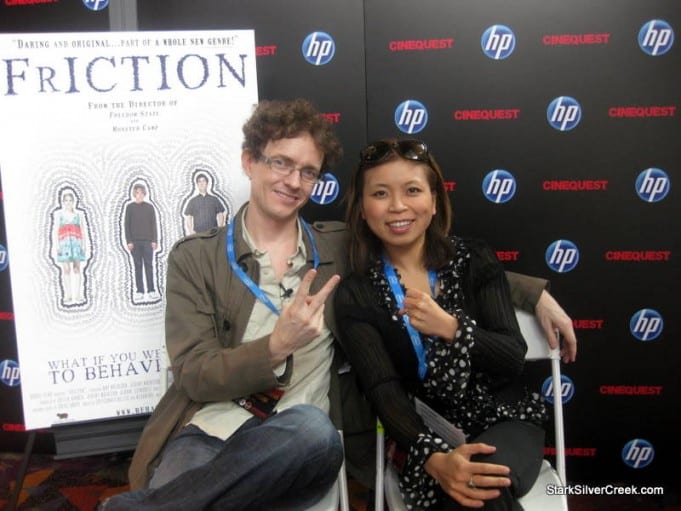 Jessica Rabbit once said, “I’m not bad, I’m just drawn that way.” Cullen Hoback adds a new wrinkle with his latest film at Cinequest, FrICTION (review). What if you were scripted to behave badly?

In this clever, mind twisting fourthwall film (pseudo documentary?) the line between reality and fiction become blurred. So much in fact that Cullen had to use a “safe” word on set during filming so actors knew when the cameras had stopped rolling, and they could be their real selves. He calls it a “supercut.”

What started out as a simple film, quickly evolved into a fascinating, multi-layered expose into relationships, insecurities, and, even, ethics.

When you meet Cullen Hoback, you know you’re dealing with someone whose mind is racing a million miles an hour in some kind of creative vortex ready to burst.

It makes for plenty of laughs, pithy remarks and dry wit. All very welcome and entertaining. This is one of the wildest interviews we’ve here on SSC. As if some divine film entity knew we’d be talking fourthwall, our interview was interrupted several times as people wandered on set. I hope you agree, it could not have been scripted any better. Cullen, of course, goes with the flow with the best of them, his creative filmmaking sense tingling… what can I do with this?