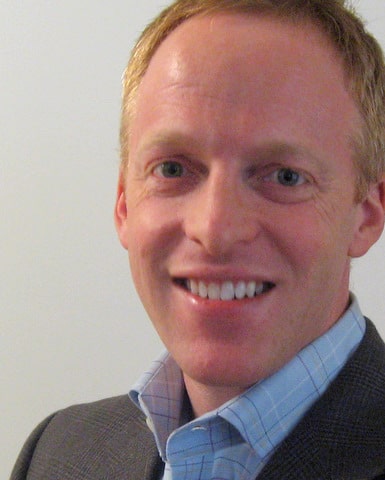 A few weeks ago, a Canadian newspaper contacted me for an interview about Google, and their new Nexus One smartphone launched earlier this month. I thought I’d share my answers on StarkSilverCreek. You know, cut and paste can make for an easy going blog experience. On some days, especially Monday, it can be most welcome.

Note that the conversation that follows is about as far away as I could get from wine, travel, and theater. Then again, that’s part of the thrill of living All Things West Coast.

I understand you’re originally from Ottawa. Can I ask where you used to live (neighbourhood or intersection)?

South Keys, near Hunt Club. It used to be just fields and trees. Now there is a large strip mall anchored by Future Shop. Ottawa has really grown up a lot.

Where in the US do you live now?

In San Jose, considered the capital of Silicon Valley. San Francisco is 50 miles North of us up Highway 101. I really hope we get a direct flight to Ottawa again.

What is the reaction to the Nexus One around you? Are you finding that the smartphone is getting a lot of buzz/talk from the people around you (co-workers, family members, friends etc)?

First everyone was talking about the new Motorola Droid (Milestone in Canada) in November.

Just a few months later and it’s all Nexus One headlines, especially at the CES show in Vegas. Most of that has to do with the fact that Google is involved. Only Avatar and Sarah Palin are bigger – for different reasons.

Do you know anyone who has the Nexus One? What do they think about it?

Yes. They love it. Everything, except the battery life. Like the iPhone, bigger screens draw more power. There’s a lot of work to do still on that. It’s even hard to get through a day of regular use. Moore’s Law has not yet hit battery technology for some reason.

Do you have/plan to get a Nexus One? Why or why not?

I just bought a Motorola Droid from Verizon last year. It’s an excellent phone. Rivals the iPhone. We use Google Apps for our business, so running the Android OS from Google is a match made in heaven for us. All our calendars, contacts, email, are synced in a snap. Google though is sending us a Nexus One to review for StarkSilverCreek.com.

Why did you feel it was important to write an article on Nexus One?

Because it’s Google. And along with Apple’s upcoming Tablet PC, it will be among the biggest tech stories of 2010. Also, everyone is wondering if anyone can seriously challenge Apple’s iPhone (and iTunes). To date no one has succeeded, including Microsoft, Palm, Nokia. There’s a lot of roadkill.

Google likes to do things differently. Their IPO was unusual in the way they allocated shares. Their cash cow, Adsense and Adwords, are black box mysteries that no one has been able to duplicate (although Microsoft is trying with Bing). With Android, they’re licensing the OS to other manufacturers, and at the same time selling their own branded phone (the Nexus One). The risk is that partners won’t like competing with the very company they are partnering with. Co-opetition though is not uncommon in the valley.

So is it a smart move for Google to branch into this new business? Why or why not?

The have to, as a matter of survival and long-term growth. A Morgan Stanley report predicts Internet Mobile will be twice the size of Desktop Mobile. Possibly over 10B devices. Basically the future is in mobile. Smartphones are really just powerful handheld computers. Google needs to be there since that’s where the eyeballs will be, and hence advertising revenue.

Why do you think Google would choose NOW (the start of a new year and difficult economic times) to enter the new world of telecommunications?

I think it shows how important the mobile market is to their future. They launched the Android mobile operating system in 2008, but not much happened. My guess is they’ve realized their going to need to put some marketing muscle behind it. That will be interesting as retail is new to them. Apple is king of the pitch.

How well or poorly do you think the Nexus One will sell? Why?

I still think it’s a niche, early adopter product. It will sell decently. But the breakthrough device is probably at least a generation away. There’s one simple reason why: content. Apple with iTunes has perfected the model. Buy phone. Connect to your computer. Load the latest and greatest movies, music, podcasts, apps with just a click. Anyone can do it.

As of now, the smartphone is only available in the US. How does this affect the Canadian market?

Actually Canadians can take solace in the fact that several great Android phones are already available including the LG Eve from Rogers which is not available in the US. At only $49.99, a great deal (no, Rogers is not paying me). Also the Motorola Milestone (Droid) is coming later this month. Early reports on the Nexus One indicate that there are some minor bugs. So think of the US as the beta testers working hard for you Canadians. It’s the least they can do after taking gold at the Juniors.

By making Canadians wait, do you think it would kill the hype or build it even more?

It’s the red rope marketing trick. Everyone wants to get in.

In your opinion, what makes the Nexus One different from other smartphones?

It’s sold by Google. And it contains the fastest processor (Qualcomm 1Ghz Snapgradon) in any smartphone available to date. Plus it’s the latest must-have gizmo. At least for another month or so.

Just to clarify, the Motorola Droid is an independent smartphone that uses Google’s Android operating system, while the Nexus One is the first smartphone released as their own branded phone?

That’s correct. Motorola is a manufacturing partner that has licensed the Google OS (Android). In fact they’ve bet the farm on Android as part of their comeback. The RAZR was their last hit. Since then they’ve lost sizable mobile market share. Nexus One is Google’s first branded phone, sold by Google. Keep in mind, though, that it actually manufactured by HTC, a Taiwanese company that has come on strong in the past 24 months.

Google has opened up their on direct distribution channel for Nexus One (google.com/phone). That’s a first. And signifies heavy involvement by Google in sales, support, and service at the retail level. Prior to the launch, Google phones were only available via partners through large US carriers such as Verizon, T-Mobile, and Sprint (with AT&T, the exclusive iPhone carrier, the notable exception).

Regarding the Nexus One’s performance, is it fair to say the most common complaint you’ve heard is that it has a short battery life?

Yes short batter life. Although that’s a common issues with most of today’s smartphones because of the larger displays, and increased processing energy required. iPhone suffers from same issue. The other issue reported with Nexus One is less than ideal 3G data rates. Many users are also complaining that Google has not been responsive enough in addressing their complaints. Perhaps growing pains for Google as they learn the retail model.

Are you finding that a particular demographic is buying the phone or is it spread out among different age groups?

Younger. Not teens (it’s too expensive and lacks rich multimedia capabilities), but young professionals. Techy savvy guys in particular. They are drawn to Google’s open development model which enables high levels of customization to the phone. And hacking (“rooting”) the phone to unlock more powerful capabilities.

In one answer you say, “everyone is wondering if anyone can seriously challenge Apple’s iPhone (and iTunes). To date no one has succeeded…” Would you consider Google’s Nexus One as the one product that could eventually wipe out the iPhone? Why or why not?

Nexus One won’t wipe out iPhone. It may not even make much of a dent. But it means Google is in the game. It’s the tip of the iceberg. Given their track record of success (search, advertising, maps, gmail, etc.), I see it as the biggest threat to Apple yet. It will take years though for the end game to resolve. So far it doesn’t look good for Microsoft (Windows Mobile) and Palm (WebOS). RIM will have a challenge breaking out of the enterprise box.