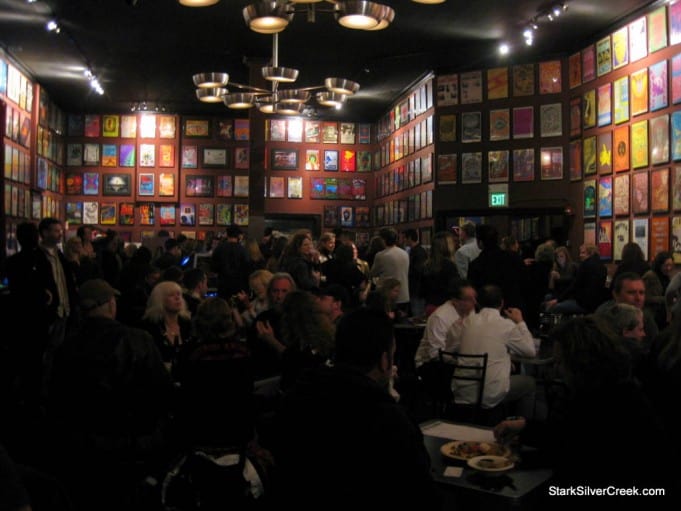 It was another great weekend in the San Francisco Bay Area to get out there and take in some theater, arts, and entertainment. From San Francisco and Berkeley down the peninsula to San Jose and Mountain View, there was plenty to see, despite the foggy weather these past few days. Speed-the-Plow opened Friday at The Pear Theatre in Mountain View. It’s a great show, highly recommended (review, 4 out of 5 stars). Written by David Mamet who also penned Glengarry Glen Ross, the dialog is crisp, rhythmic and intense. You couldn’t ask for a better night’s entertainment. Just watch closely for the Pear if you haven’t been, it’s at the back of a business park (near the Computer History Museum and the Moffett Airfield). And by the way, it’s “Mamet,” not “Mammoth.”

With a new year comes the auto shows. Over the weekend, the Motor Trend Silicon Valley International Auto Show came into town at the McEnery Convention Center. It was all about green, retro and exotic. Lots to see. Now the big show of shows opens in Detroit this week. We’ll have more on the show, plus our not-so-expert, often clumsy take on the latest models and technology.

For fans of Art, Loni continues her—often futile—attempt to become a master painter on The Artist Diaries. Lee Hartman is trying to keep her cool while teaching Loni the secrets. Plus to reminder her: “Do not go over your strokes!”

Finally, Saturday night marked the 30th anniversary celebration of Bill Graham, the legendary concert promoter who put the iconic The Fillmore in San Francisco on the map with a stream of influential performers. The occasion marked his tragic death in a helicopter crash in 1991. His memories and vision endure as you’ll see in these clips from the silent auction. Proceeds benefit the Bill Graham Memorial Foundation. You can read more about the event: Bill Graham Memorial Foundation’s ‘Bill’s Birthday Bash’ at The Fillmore: CAKE, anyone?