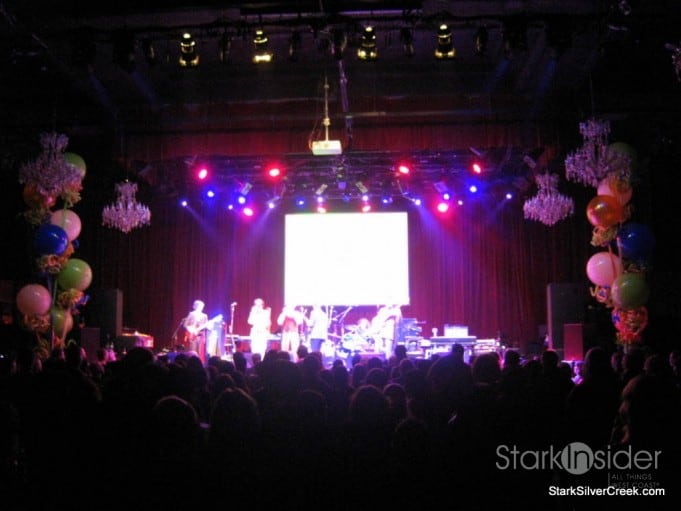 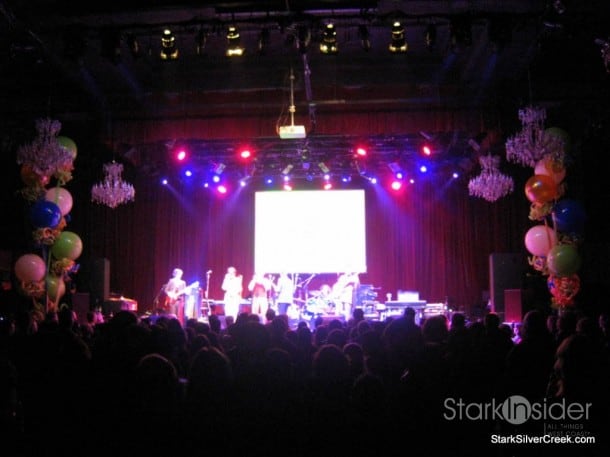 To kick off the New Year, the Bill Graham Memorial Foundation, put on a high-energy, sold out concert headlining multi-platinum iconoclasts CAKE and joined by DAN HICKS AND THE NEW HICKSVILLE EXPRESS with The Rail Ridin’ Rowdies and indie rock band FISHBEAR.

The event took place at the historic San Francisco music venue, The Fillmore, which was made famous by Bill Graham in his three decade long career as a rock concert promoter. Besides his love for great music, it was Bill’s passion in combining Rock & Roll with raising support for local and international causes that set him apart with those that worked with him and those whose lives he impacted.

It was fitting as I crossed the street to the unassuming building where a line was gathering that there were several men at the intersections looking to purchase tickets. ‘Bill’s Birthday Bash’ was sold out. This was buzz fitting of the American impresario.

A quick search of my purse, a stamp on my hand as proof I was legally permitted to sip wine and beer and I was led up the stairs into the arteries of The Fillmore. At the top of the stairs there was a box full of apples. Upon checking into Foursquare, I found user tips that at the end of the evening at some events, you can grab an apple and a limited edition poster featuring the performers of the evening. The main feature though of this main hallway are the posters that adorned the walls showcasing the history of this venue. Some notable ones included Gwen Stefani, Bob Dylan, The Cure and Coldplay.

The concert started at 8 pm and by around 9 pm it was a full house. The stage was adorned in balloons and people were immersed in the music thumping from the stage.

Upstairs, the Bill Graham Memorial Foundation had organized the silent auction. Goodies to bid on ranged from signed posters from performers, many of them concerts that Bill promoted, bottles of wine including some Duckhorn Cabernet, and CD collections. Some unusual items included a customized electric guitar, bongo drums signed by Carlos Santana himself, and VIP events such as a dinner for 10 at a winery or to be part of U2’s inner circle at their next concert. There was even a photograph up for grabs of Bill himself giving the finger.

Bids are entered onto forms next to the items. The auction closed at 11:45 pm, about 15 minutes after the end of Cake’s performance.

The item that caught Clint’s eye was a Green Day poster signed by the performers. We put a bid in, but as we suspected we were outbid for such an enticing item.

The proceeds of the event go to the Bill Graham Memorial Foundation which provides grants primarily in the areas of music, the arts and education while supporting social work, environmental protection, and other community projects. The foundation seeks out needs that may not have been met by larger philanthropic organizations.

It was an evening of great music and fund-raising that celebrated Bill Graham’s life and continues his philanthropic mission.