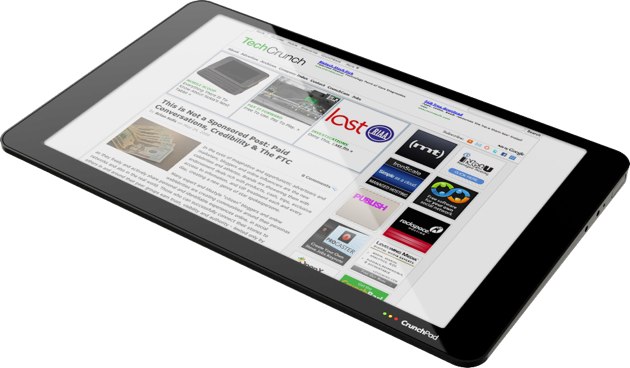 Dirty laundry is once again being aired today on TechCrunch in a rambling, he said/she said post by TechCrunch founder Michael Arrington about the death of the CrunchPad, a would-be tablet Internet Browser.

Over 18 months in the making, it was a joint project between Arrington and a partner, Fusion Garage, an engineering company with about 13 employees in Silicon Valley.

The wheels fell off when an email exchange involving Fusion Garage CEO Chandra Rathakrishnan indicated the shareholders wanted to pull out and apparently go it alone, without Arrington’s involvement. This struck him as “bizarre” given they both own the intellectual property.

There is more to the story, several offers and counter-offers, finger pointing, and now, even threat of legal action. It’s best read on TechCrunch in its soapy entirety.

For this bystander, however, this appears to be a blessing in disguise. After all, who in their right mind thinks (a) there is a mainstream consumer market for an Internet tablet (well, ok, maybe Apple?) and (b) even if (a) were true, it would require massive IBM, Microsoft, or said Apple-like investments.

It’s a lesson of Palm-like proportion: a product strategy, especially for a tiny start-up, should not be based on a hardware and software play. The economics are just not there for a tiny group of engineers to head down both paths. And with the CrunchPad (at least from what I can tell) that’s exactly the plan: build a hardware device running some form of a software mobile/table OS.

I never envisioned the CrunchPad as a huge business. I just wanted a tablet computer that I could use to consume the Internet while sitting on a couch.

But isn’t that what laptops are for?

I know Internet tablets can serve a function. They already do. But it’s in niche applications such as healthcare, operations and inventory management.

Consumers have proven again and again (Newton, Palm Pilot, etc.) that they are really only willing to carry two primary devices: a cell phone, and a laptop. And even both these devices are converging; the Laptop into a Netbook, and the cell phone into a smartphone. Tech evolution suggests they will be one and the same within a matter of years.

So CrunchPad may be in the DeadPool, but better now than later I say; the prospects for increasing amounts of cash burn were high.

Still, Arrington will have many more—and better—ideas to come I’m sure, and likely a home run in there somewhere. A better fit for his expertise? How about Web 2.0, new media, or software.