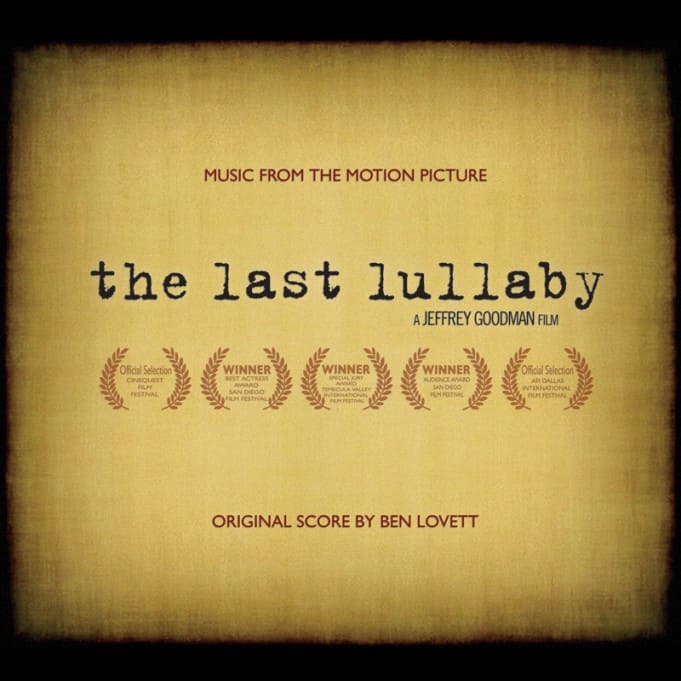 I found out this morning from Jeffrey Goodman, the director of the film noire ‘The Last Lullaby’, that the soundtrack to his film has been released. Anyone who has seen the film will recognize the strength of this score by Ben Lovett. It’s moody, atmospheric, and complements the deep scars and pains the lead characters face.

“Ben is a great talent, and his music is really one of the very special parts of The Last Lullaby. As I mention in my liner notes to the CD, I suggest popping it in during a long drive (preferably at night) or one evening when you’re in the silence of your own place. Oh, and of course, it makes the most excellent gift.

This CD release is an exciting part of the lead-up to the DVD release of The Last Lullaby. As soon as I have the exact date for the DVD, I’ll let all of you know. But I expect it to be in the next four or five weeks. Just so you know, the DVD will be a limited edition version, containing the movie but no special features.”

What: The Last Lullaby Soundtrack, now available on CD and MP3
Where: Amazon, iTunes, Lovers Label

More on The Last Lullaby: