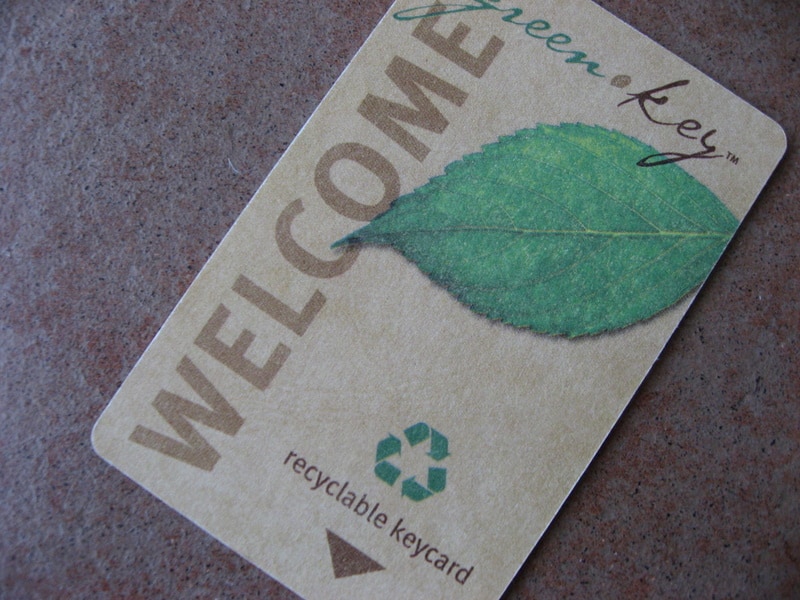 I feel slightly obligated to atone for my apparent wayward ways when it comes to car idling as pointed out by Loni so diplomatically in yesterday’s post. So while thinking of small green things that can make a big environmental difference (insert image here of Clint with reading glasses hanging off nose doing excited Donny Deutsch impression) I remembered the “green” hotel key we were given during our stay at the Inn at Loreto Bay.

At first I didn’t think much of it. It’s simply a hotel key made of recycled cardboard instead of normal PVC plastic. It works like a normal key; just slide it into the electronic slider on your door. No big deal, right?

Well, hang on a sec here.

I began to think about how many of those plastic hotel keys are in use every day even just across the U.S and Canada. And if you estimate at least 50% of them are never returned at check-out (and I bet that’s conservatively low), you could 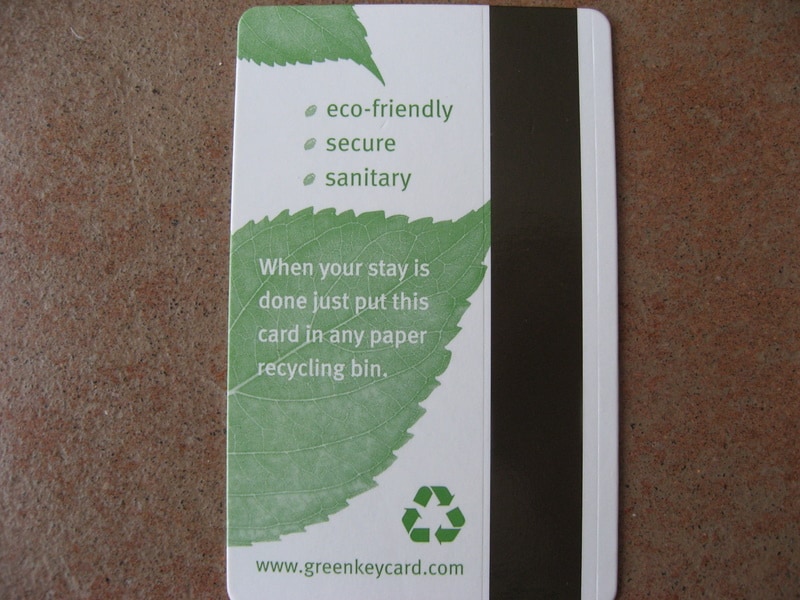 begin to imagine the insanely high amount of plastic hotel key production. I could be wrong and admit I don’t know much about this topic. It just got me thinking.

So flash forward 30 minutes after a little bit of Google detective work and I discovered some interesting things:

I did discover one negative: water. Given that there is an abundance of that around Loreto, it didn’t take long for my papercard key to turn into a soggy coaster. I tried to open our hotel door anyways and it didn’t work. Fortunately Loni had her dry one. I was thankful she had not paddled as hard as I during our morning kayak on the Sea of Cortes.