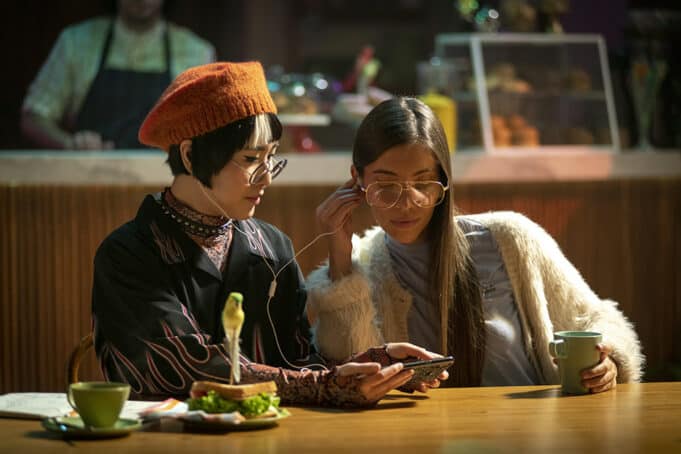 Spatial audio is not entirely new. Forms of virtual surround sound processing have been around for decades. The difference today is that the technology behind the effect is getting good. Really good.

Apple Music introduced its take on spatial audio last year, meaning you could enjoy advanced surround sound on just a regular pair of headphones or earbuds (though it works best, of course, with Apple-based ones).

Now Netflix is bringing the idea to your TV and movie viewing experience.

One reviewer on Tom’s Guide says that spatial audio “blew me away.” He was able to enjoy surround sound with a minimal number of speakers. And that’s the upside. You don’t need to install a bunch of new speakers to benefit from the enhanced cinematic effect. Instead, you can just use your existing speaker setup. Even your built-in TV speaker or soundbar will do the trick.

Netflix is rolling out spatial audio for no additional charge — so existing subscribers, regardless of tier, can enjoy the feature. However, the catalog of titles is limited at launch. Stranger Things is one of the flagship shows that you can watch to enjoy expanded soundstages thanks to spatial audio. Rich, 80’s-inspired synthesizers would surely sound fantastic thanks to the additional processing.

I’m a firm believer that there’s absolutely no substitute for additional speakers and the immersion they can provide. A few years back I expanded my setup to support 5.1.4 Atmos. That means 5 regular speakers (front left, center, front right, rear left, rear right), a subwoofer and 4 ceiling Atmos speakers (2 in front and 2 in rear). I was fortunate that the ceiling speakers already existed and were wired in place when our home was built back in the 2000’s. The result is just incredible. And you can up-mix existing 5.1 material to take advantage of the additional Atmos speakers so things like rain, helicopter effects and most ambience effects will really take your home theater experience to the next level.

Still, adding speakers isn’t always a possibility. Cramped spaces, apartments and dorm rooms for instance; there, this sort of virtual spatial audio can be a blessing.

This software processing reminds of what we’re seeing with computational photography. Apple is a leader here, using software to improve the iPhone’s built-in camera. In the past cameras needed mostly hardware to take a great photo. That’s clearly no longer the case. Instead, software magic can do things that we never thought before possible — automatically applying filters and backgrounds are simple examples.

I suspect most won’t be willing to pay extra for fancy photo/camera tricks or spatial audio for their music listening sessions. However, such features can be useful differentiators and a way for companies like Apple and Netflix to leverage them for marketing campaigns. Some will find these things more useful than others. It just depends on personal preference. Typically I like to hear a song in its native stereo (or even mono!) format. Often the spatial audio equivalent has an expanded soundstage, yes, but also tends to fatigue with its overtly echo-like reverb, even if subtle.

Regardless, if you’re a Netflix subscriber you should definitely give spatial audio a listen and see what you think. Stranger Things already sounds like the stuff of a fever 80s neon fantasy, now imagine all of that turned up to eleven.

Tip: per Netflix, typing “spatial audio” into the search bar and selecting a show or film that supports it in the search results.