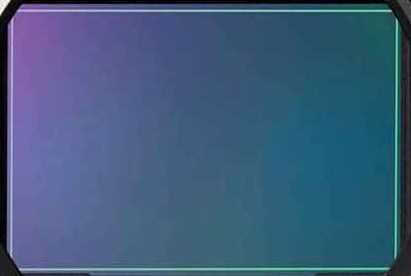 The smartphone camera continues its ascent. And the climb appears to be accelerating.

According to reports, we should see Sony’s new 1-inch sensor (IMX989) make its way to market next month.

Per Digital Trends, Chinese tech firm Xiaomi has confirmed its upcoming 12S Ultra will utilize the sensor. That new model is scheduled to launch July 4.

This isn’t the first time 1-inch sensors have appeared in a smartphone — models from Sharp and others came out in 2021. But certainly this is the first large scale manufacturer to bring them to market making this bit of news significant for those who track camera tech and trends.

What are the benefits of a larger sensor?

Larger sensors can capture more light because they have larger surfaces. That means you can capture photos (and videos) in conditions that would normally be impossible or that would require a flash or additional lighting.

There’s other benefits too; such as resolution and field of view and many more aspects that are far too technical to go into here. And it’s worth pointing out that a larger sensor isn’t necessarily always better.

For instance full-frame sensors have been all the rage in the dedicated camera world these days (e.g. Sony Alpha A7 III, Canon EOS R5, Panasonic Lumix S5, etc.). However, the film industry has been pretty much standardized on “Super 35” for a century of filmmaking. Ultimately different sensor sizes present different behaviors. As do lenses of course. It’s up to the creator to decide how to best utilize the tech available with no one solution being the end all and be all.

No doubt Apple will have big news yet again in a few months time when the iPhone 14 arrives.

We can expect the iPhone camera to garner lots of attention. As it always does. Multiple lenses will be a big part of the headlines. As they always are. However, Apple will likely continue to lean into its computation photography toolbox.

Sure, the competition will employ larger sensors (Apple does too!). But software is key and where Apple and its vast reservoir of talent and resources can really make a difference. It’s how things like automatic bokeh/background blur can happen.

Camera nerds like myself will continue to turn to dedicated DSLR and mirrorless cameras — this is as they say, a “craft” of sorts after all, not just a tech sheet and a Twitter or Instagram post (not that there’s anything wrong with that). ILE cameras will continue to decline in market share. Not much of a risk in predicting that turn of events. The smartphone camera will continue to gain new followers, those who would have previously shot on Sony, Nikon, Canon, or Panasonic in the past. If the compact phone in our pockets and purses can produce a cinematic image why go to all the fuss of dealing with a dedicated camera and lenses? Well, at least that will be the rhetorical question asked by many — but not all.

Given Xiaomi’s decision to move to larger sensors and tout things such as “faster focus” and other features related to photography and videography it will be interesting to see if another wave of camera innovation is soon to follow.

Note: lead photo is the sensor from a Sony Alpha A7R mirrorless camera.