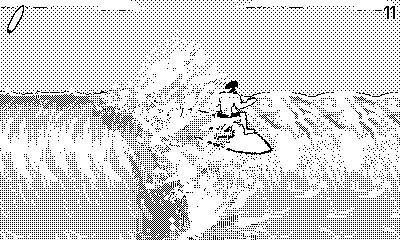 Handheld gaming has been around for a long time. In the late 1980’s and early 1990’s — during its original ascent — companies like Nintendo (Zelda, Game Boy), Sega (Game Gear), Neo Geo (Pocket) led the charge with cartridge-based portables that brought allowed gamers to bring thrills on the road.

Today, the Nintendo Switch is carrying the flag. A runaway success, the dockable console has reported to have sold over 100 million units since its release in 2017.

So why would we want a portable in 2022 with a “lo-fi” black and white screen?

Possibly because: why not?

The quirky device is called Playdate and seems to be a throwback to a simpler time. Priced at $179 USD, Playdate is available for pre-order and can be had in any color so long as it’s yellow. 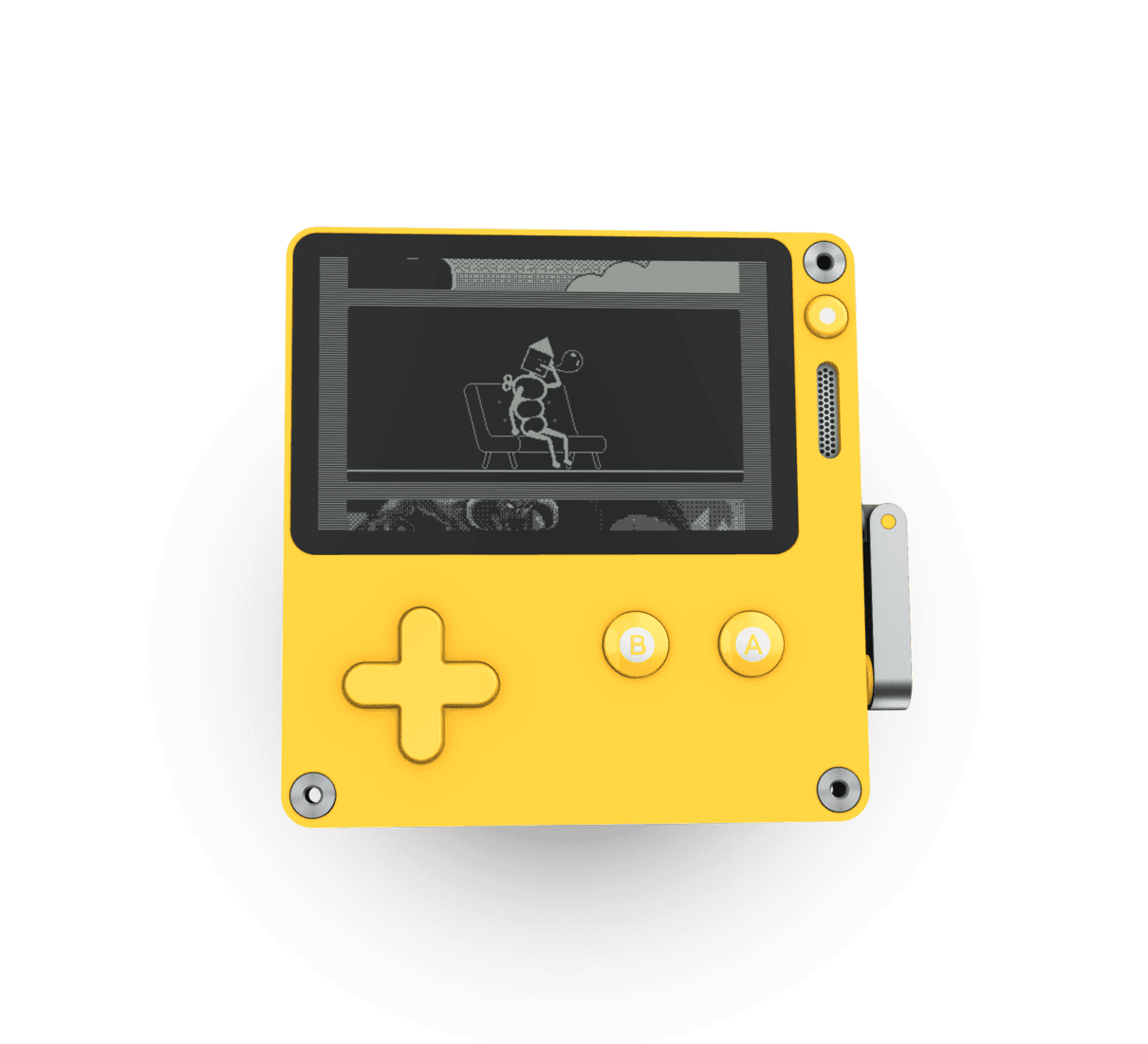 The Verge calls the stark design, which features a directional pad and just two buttons (along with the aforementioned crank), “adorable” in its review, giving the tiny Playdate an 8/10 score.

As for the crank, it’s actually a unique way to interact with games. For example, in monster hunting game “Sasquatchers” you use the crank to control the camera. In “Questy Chess” it’s used to move tiles around.

All told there’s 24 games at launch, aka “Season 1”. Perhaps the only nod, or concession, to present day is the Playdate’s USB-C port (for charging) and Wi-Fi. In addition, there’s 4GB of RAM to store games — most of which are quite small. 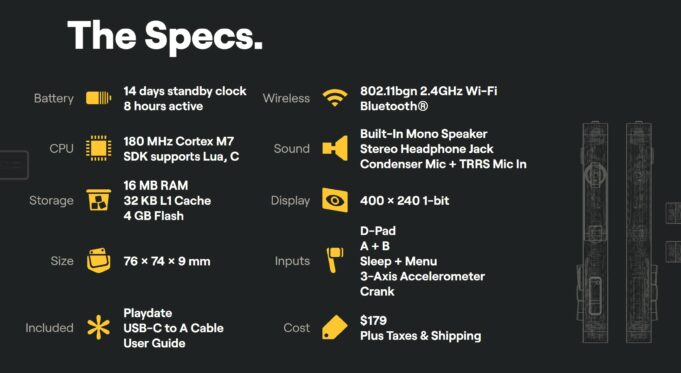 Playdate is made by a company called Panic and is expected to begin shipping to early buyers on April 18. If you didn’t pre-order you’re out of luck for 2022 and will need to wait until next year to get a unit. Meantime I guess you could survive with a Nintendo Switch.

In any case, Playdate is an interesting product. Nostalgia is a significant factor in driving our emotional responses — music being the most obvious and impactful. So it would make sense that a company would also tap into the fondness for all things past and meaningful to tickle our gaming itch in a simplistic and down-to-earth way.

More: Read the full review of Playdate on The Verge.