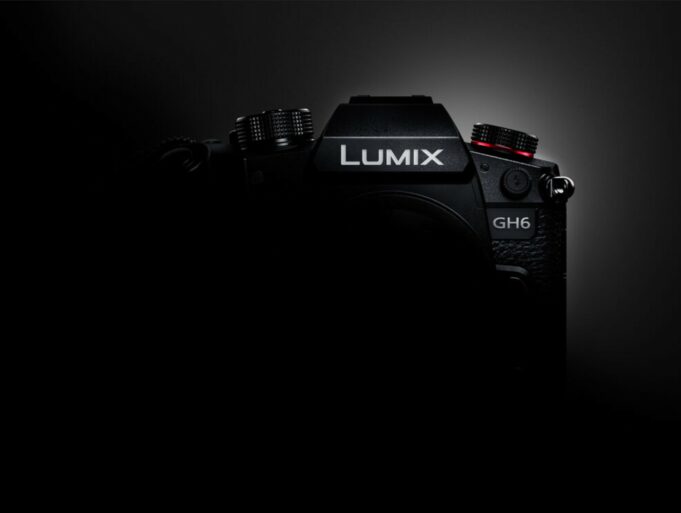 Per the confirmation by Lumix USA on Facebook and as reported on Newsshooter, the GH6 will be positioned as “the flagship model of LUMIX G Series digital mirrorless camera based on the Micro Four Thirds system standard. Set your calendars and clocks for the unveiling: Feb 22nd, 2022 at 1:00am UTC (2/21, 8:00pm EST): 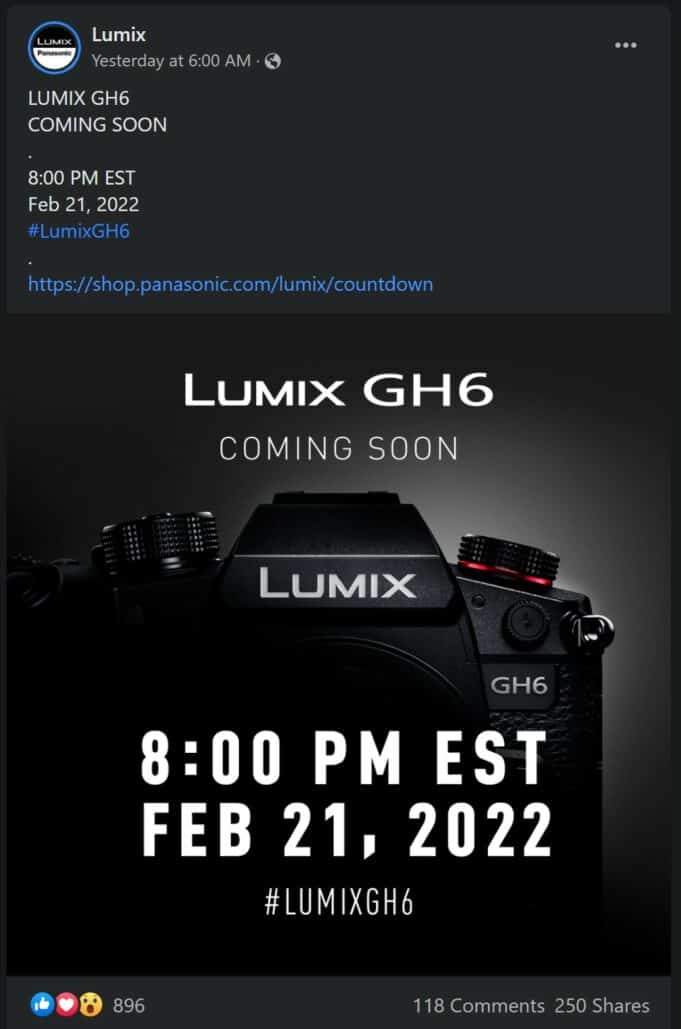 Expect a significant update over the well regarded GH5. Key specs include 4K/120fps, 5.7K 10-bit/60fps, plus some new processing hardware under the hood.

Although no word yet from Panasonic, prognosticators are pointing to a price of around $2,500 USD.

That feels about right to me. The previous model, the GH5, retailed for just under $2,000. Given inflation, supply chain issues and all the challenges that companies are facing given a third year of Covid-19 it seems logical to see a 25% price hike for the GH6.

And, for the record (yet again), I still consider the GH5 an impressive offering, especially given it can be had a sizable discounts, yet still check a lot of boxes for a lot of video shooters.

For me the GH6 is a day one order. I sold off my GH5 during the pandemic as we simply weren’t traveling and doing much video shoots on the go for Stark Insider, so it made sense not to have it sit around. However, I do miss the versatility of a small body mirrorless camera. You can so easily move it, position it, and otherwise fandangle it in so many different ways when shooting a short film or experimental video. Sometimes when shooting with the RED Dragon, I’m reminded of nagging lower back pain far too often (but that Redcode RAW!).

In any case the GH6 demonstrates that Panasonic is still committed to the MFT mount — at least for now. Full-frame sensors are all the rage right now (Panasonic S1/S5, Sony Alpha a7 III, Canon EOS R/R5, etc.), but I’ve always preferred more of a Super 35 look, which is where historically most films have gravitated towards in terms of lensing and aesthetics. Plus, operationally, smaller sensors are generally easier to focus.

There we have it. A legendary line of camera bodies live on. The Panasonic Lumix GH6 will be revealed on Tuesday, February 22, 2022 at 1:00am UTC which for those of us on the West Coast stateside is Monday, February 21, 5:00pm PT. See below for YouTube event link: