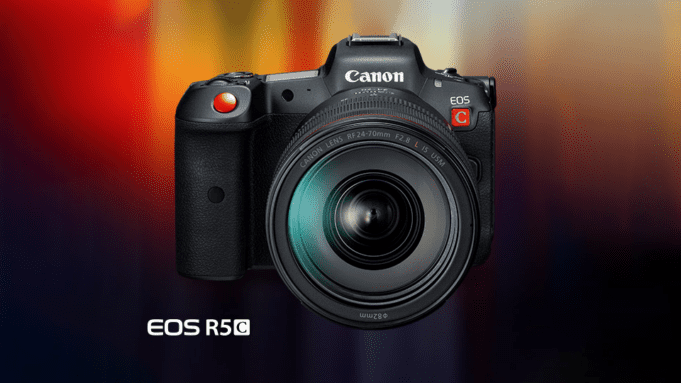 Canon continues its hybrid mirrorless camera push. The latest model, announced today, is an interesting one.

Called the EOS R5 C, and priced at $4,499 USD, the new camera is clearly targeted at professionals and solo operators that need to shoot both photos and stills primarily in the field. Typically these sorts of users might carry two bodies, one for photos and one for video. It would appear Canon is trying to appease this need by offering an all-in-one camera that can do both jobs with equal aplomb.

“The Canon EOS R5 C is a professional hybrid cinema camera, designed for solo operators that require a one-stop solution for their production needs. It combines the professional filmmaking features expected from a Cinema EOS camera with the powerful photographic capabilities of the EOS R System. The Canon EOS R5 C sits alongside the EOS R5, to offer two incredibly powerful hybrid solutions.”

The EOS R5 C comes on the heals of the flagship mirrorless EOS R5 released in 2020. While that earlier model does shoot video up to 8K it could overheat in certain situations when shooting long-form, and it lacked some of the professional cinema video features found on dedicated cinema cameras (notably, Canon RAW Light as found in this new R5 C model).

Some things missing in the R5 C that will nag internet prognosticators and trolls alike:

And there’s a lot — and I mean a lot — to know about this camera when it comes to specs. Exhaustive really. I kindly point you to Newsshooter for the most comprehensive EOS R5 C run down going. There you can see how the R5 C compares to the R5 (and C70) and other cameras, plus learn more about who should consider buying it.

One use case pops to mind: photojournalists.

Those working in the field who need high-end video for news clips or even to roll up as part of a documentary would do well to consider a camera like this. That it can capture 45MP stills using Canon’s vaunted DPAF and beautiful color is icing on the cake. Add in the fact that Canon workflow is ubiquitous and you have a formula for a very capable, rugged camera ready for intense on location action. 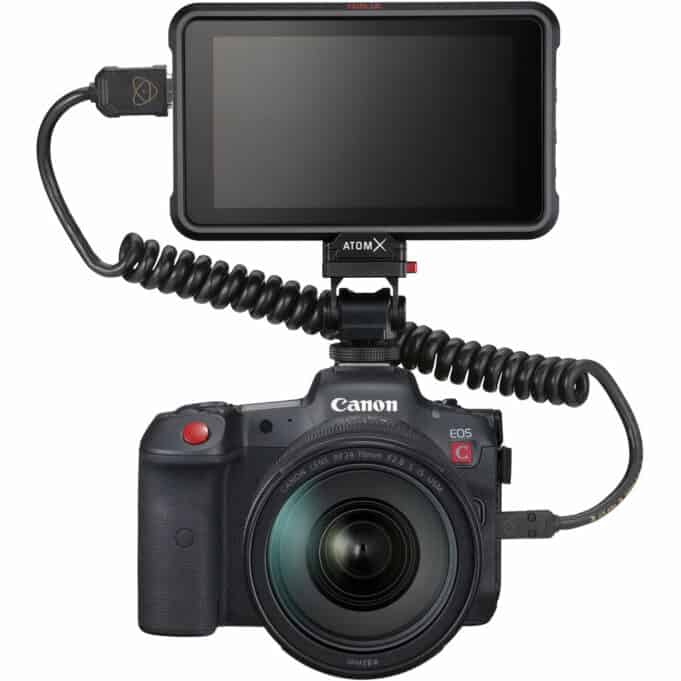 High end YouTube content creators will likely want to take a look at the R5 C as well.

For dedicated video shooters who don’t need stills I’d look at other options.

The 4K Panasonic Lumix GH5 or upcoming GH6 come to mind as great options, with lots of filmmaking features including anamorphic support and all the in-camera tools you’d come to expect (waveform, zebra, etc.).

If you want the full-frame look then also consider the Panasonic Lumix S5 or upper end S1H. Both superb for video (less so in my experience for photos).

Those looking for something higher end — perhaps for commercial or corporate work or indie film — might want to look at a RED. A RED Komodo or RED DSMC2 body or RED V-Raptor would be good options. Those are most notable for the highly flexible REDcode codec and high frame rate support (an essential feature for music videos and fashion films). If you edit in Adobe Premiere Pro you’ll be amazed at how butter smooth REDcode edits, not to mention the myriad of post processing flexibility available to tweak the image just so.

In any case it’s pretty impressive that Canon has rolled out a mega camera such as the R5 C during a supply-chain challenged pandemic. For many buyers this camera will make a lot of sense. Skeptics and eternal pessimists, on the other hand, will continue to upload their silly missives on YouTube*. (instead of making short films or documentaries or just about anything else more productive and interesting). * some exceptions may apply to Canadians.

For only $600 USD more than the Canon EOS R5 ($3,899) you get a full-frame cinema camera with internal RAW video recording, 4K/120fps with Canon’s unmatched DPAF usable even during high frame rate recording (a godsend for solo operators). That seems like a pretty great deal. And I might add that’s somewhat un-Canon like. When I was guessing the price of this camera I was easily thinking $5,999 or more given the company’s penchant for premium positioning.

As an EOS R5 owner had this R5 C been available in 2020 when I bought the R5 I would’ve easily paid the additional $600 for the R5 C for all those outstanding video capabilities. It’s definitely a (strange) deal by comparison. Then again, I’m using the R5 solely for capturing hires files of Loni Stark’s oil on canvas paintings, and using the RED and hopefully upcoming GH6 exclusively for Stark Insider video. Regardless, to have so much power and versatility at this price point is quite appealing. Once travel opens up again I’m guessing we’ll see lots of these in the field.

Meantime here’s one of Canon’s promo reels on YouTube for the EOS R5 C:

Introducing the Canon EOS R5 C – Ready For Anything

So far I give Canon a solid A for the EOS R5 C — at least from the specs perspective and what I’ve seen in terms of footage and sample films.