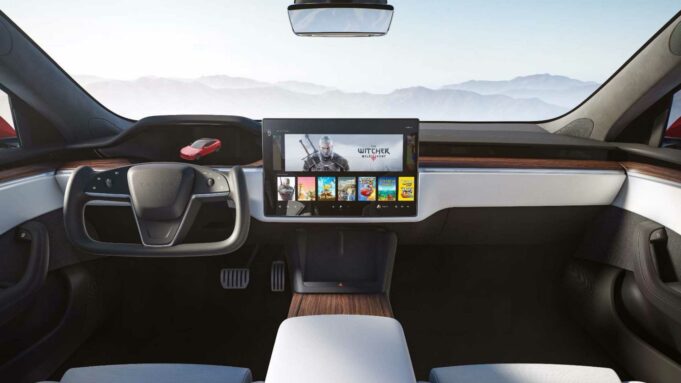 UPDATE 6.10.2021: It looks like Tesla has pushed the Model S Plaid delivery event back, or maybe this was always the case and the doors are to open at 7pm local. Regardless start time of the presentation is 8:30pm PT according to livestream.tesla.com where you’ll find a countdown clock. Will we see any updates to FSD? Subscription pricing — in addition to a price increase of FSD to $14,000 USD? Maybe even a new Tesla model? I’d be happy enough just for Elon and team to focus on Plaid. It’s a killer spec for the money — clearly slots nicely into the performance luxury segment against competition like the Mercedes (EQS) and Porsche (Taycan 4S).

“Only thing beyond Ludicrous is Plaid”

Plaid is coming and Tesla is eager to show it off to the world.

EV enthusiasts and Tesla watchers, mark your calendars. Thursday, June 10 7:00pm Pacific is when CEO Elon Musk is expected to unveil the Plaid edition of the Model S sedan.

Featuring a new interior — with horizontal center screen as opposed to the portrait orientation found on the existing model — and a ridiculously quick 0-60 mph time of about two seconds (just insanely fast), the Plaid is said to start shipping this summer. 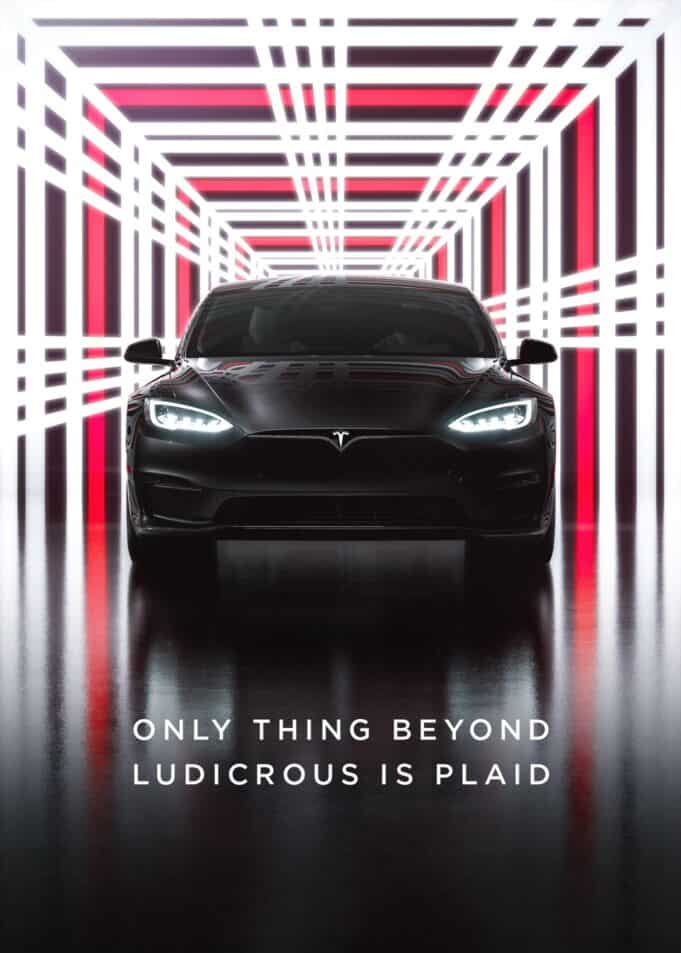 Will Musk and company have other announcements beyond the Plaid in store?

Certainly the Plaid alone is a fascinating update. Performance-wise, at about $80,000 it absolutely trounces the far pricier Porsche Taycan, which is also a high performance four-door sedan, but lacks a self-driving option. At least on paper. Consider driving dynamics and the story changes, as I can confirm in a recent test drive of a Taycan 4S which was absolutely thrilling. Regardless, a 30- or even 60-minute Tesla presentation could be devoted just to the Plaid, and it would garner plenty of headlines. Who knew a classic fabric could be so exciting?

However, I suspect there could be more.

A subscription version of FSD (Full Self-Driving) has been rumored for quite some time. It’s just a matter of when, and not if, it becomes available. Currently, buyers interested in Tesla Vision, its newly branded autonomous capability (Level 2), need to pay $10,000 USD (!) for the privilege of letting Tesla’s supercomputers and AI-based neural network take the wheel.

Having a monthly plan for FSD will appeal to many who find the one-time fee too steep. And if Tesla offers the ability to pause the subscription the deal may become even sweeter. Maybe some won’t need FSD during daily commutes, but would toggle it on for a long road trip.

So perhaps we could see some news about FSD later this week from Fremont.

Also, many have reported minor refreshes to the Model Y (wipers, auto-dimming side mirrors, and other tweaks). Those too could be talking points, albeit not tremendously newsworthy.

Finally, what about that yoke? Replacing a conventional steering wheel with a video game or airplane oriented yoke has drawn plenty of attention — and criticism. Why reinvent the wheel? Literally. I guess we’ll possibly learn more later this week.

Though the Plaid+ was cancelled, at least the Plaid will live on.

The Tesla Model S Plaid delivery event is scheduled to take place on June 10, 2021 at 7pm Pacific from the Fremont factory and, per the invite, be streamed live.

Disclosure: I am long Tesla (TSLA).