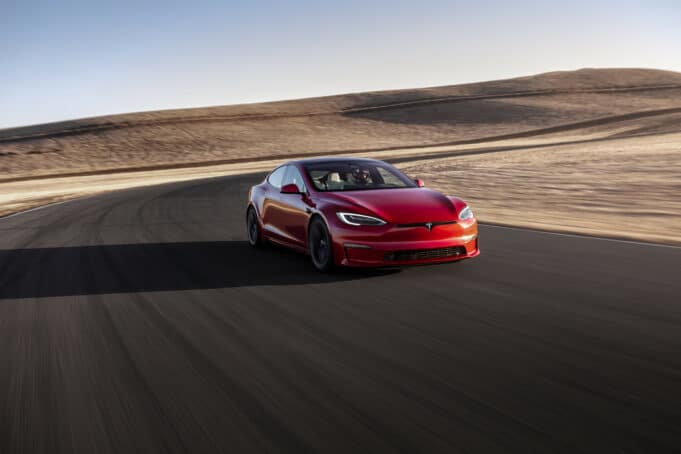 Well, I’m happy to report that all three are still alive. And, actually, thriving.

So whenever I hear about a so-and-so killer I’m immediately skeptical. The notion reinforces that whatever (or whoever) is the target is leading the pack, and is likely outperforming the competition by a wide margin. Such is the case, for instance, with the 911, Apple Watch and Peloton bike. All lead their respective market segments. In the case of the 911 it’s been doing so for decades, with a new would-be 911 killer popping up every few years or so only to place second in the inevitable head-to-head challenges.

Nevertheless, I guess a Tesla Killer (!) makes for catchy headlines.

Such is the case for a potential EV version of the mega V8 Dodge Challenger Demon. Could it be? Yes, according to one article, it very well could be… a “Tesla-killing” machine.

Word of the Tesla Model S Plaid breaking the quarter mile time at 9.23 seconds (versus 9.65 for the gas hungry Dodge Challenger SRT Demon) quickly spread throughout the automotive world. Soon enough videos circulating of the Plaid not only accelerating like mad at a Fremont delivery event, but also taking on and beating some of the world’s most celebrated supercars such as the McLaren P1 and Senna demonstrated the gobsmacking performance potential of the EV platform. What’s an exotic fanboy to do as their $1 million+ ultimate exotic is trounced on a racetrack by a family sedan that seats five and has a cooler in the trunk? Maybe crying on their next oil change bill is in order.

So traditional ICE car companies are taking notice. No question. The EV, silent as it is, presents a threat.

In this case word is Dodge will attempt to take back the 1/4-mile crown from Tesla with an uber-EV of some kind. Sources (unnamed) say it could happen for 2023 and the model in question is the Challenger. Apropos.

Whether that comes to be or not the interesting challenge here for performance car and supercar makers alike is how to navigate a new world where EV cars are naturally gifted with ungodly torque and performance, but sell for a fraction of the cost.

I suspect two things will happen.

First, most, if not all the majors — McLaren, Ferrari, Lamborghini, Aston Martin — will add at least one or two EV models to their portfolios. The EV simply can’t be ignored. Shoppers will want the choice. And, even if the Tesla is an enticing option, a certain percentage of this market will absolutely stand by their exotic brand of choice — bragging rights and all. Management will need to have one on offer, or risk losing a sale, and perhaps a lifetime customer.

However, as you see in the comments of any article or video that shows off EV performance, most notably Teslas, many are not ready to give up the thrilling noise of a finely engineered V8 or V12. Better yet: the thrill of rowing the gearbox and becoming one with a machine. That, they argue, is something the EV simply can’t replicate.

Hence even though EV supercars will emerge, there will always be an ICE on the bench ready to satisfy the purists who want the visceral race day experience.

I think Porsche is a good example here. Along with Tesla (and Ford), Porsche appears to be executing faster and arguable better than its peers when it comes to the EV transition. The Taycan is drawing people in to showrooms and, reportedly, has already overtaken the 911 in sales. I recently test drove a 4S and loved it; outstanding torque and acceleration, along with all the hallmarks of a Porsche including supremely responsive steering, braking and handline. The complete package. As a mid-2000s 911 owner, though, there’s still room in my mind for the analog joy that a 6-speed manual transmission and hydraulic steering offers. Sure it’s not as fast, but the fun factor remains absolutely intact.

Many shoppers head to the Porsche dealer dead set on a Macan or Cayman and find themselves with a new Taycan lease. The lure of almost no maintenance and no expensive gas along with Porsche performance is an alluring proposition.

As Porsche has stated, though, there will still be room for ICE cars.

The 911 is likely to be the last Porsche model to get an EV treatment, if ever. Could it be blasphemy to even suggest the idea?

Regardless, at the broader level exotics have a marketing challenge on their hands.

When I was a boy dreaming of speed whenever a new sports car hit the pages of Car & Driver I instantly turned to the performance summary and looked for three figures:

Yes the interior mattered. So did the design. Ultimately what separated the men from the boys were those three key metrics.

Now Dodge along with others and also the supercar makers find themselves in an upside down world.

A Tesla Model 3 Performance starts at $56,990 USD (and there are few options that price the car much higher aside from Full Self-Driving which goes for an eye watering $10,000) and gives you this performance level in terms of the 3 golden numbers:

Are there supercars that can beat those numbers? Yes, of course. But you’ll need to spend 3-5x times as much money. And you won’t have the option of having the car drive you during a boring commute (not that what a supercar is designed to be mind you).

$TSLA Plaid faster and cheaper than..

And, of course, the new Model S Plaid which recently bested the Challenger for performance bragging rights offers even more startling performance (but for over twice the price of the Model 3P):

Then there’s the whole autonomous thing.

Look to AI for the Future of Cars

Can Dodge reach parity and do even slightly better, particularly in the quarter mile compared to the Model S Plaid. I don’t see why not. Straight line speed has always been the Challenger’s calling card. Just throw a bunch of electric motors at the thing and optimize for acceleration and you can upload a YouTube comparo video and take back that crown.

But… it won’t be a Tesla killer.

Because: AI, machine learning and robotics and all of that fancy stuff that gives Tesla its secret sauce.

Forget for a moment the huge advantage the company already has when it comes to its Supercharging network, and consider that its self-driving capability is far and away ahead of the competition. The aforementioned Taycan doesn’t even have the option (assisted lane assist and cruise control only). In fact, no one has something comparable.

FSD is far from perfect. We know that. Yet, it’s 2021 and the EV market is just ramping up. Imagine the IP Tesla will develop in the coming years as it continues to learn and massage the massive data it can gather from its fleet of cars on various driving and driver characteristics.

Or are we falling for a bit of legacy rope-a-dope and possible missing the bigger picture?