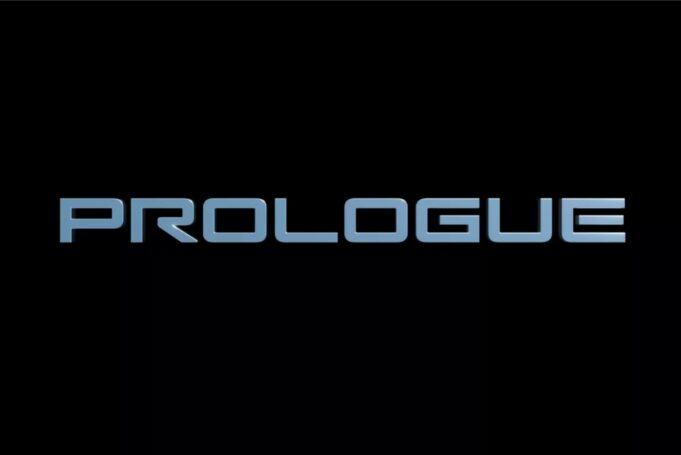 Honda continues a march to a zero-emission future, albeit surprisingly slower when compared to some of its competition which already have models on offer, now in 2021 (Volkswagen ID.3/4, Ford Mustang Mach-E, Tesla Model Y).

Today the Japanese auto giant revealed the name for its all-electric SUV: Prologue.

The vehicle will be made in partnership with General Motors, who will provide battery technology (Ultium).

Given that it’s scheduled to arrive in 2024 — three years after mainstream competition has hit the market — some may feel compelled to call it Epilogue.

Nevertheless, Honda is a huge player obviously in the auto market. Management has committed to zero emissions by 2040 in North America. All eyes will be on the big players out of Japan such as Toyota, Nissan, Mazda and, of course, Honda. Still, the goal is less aggressive than most of the competition; some such as Volvo who have said they’d target a similar transition by 2030. Further, many countries have established strict all EV sales targets by as early as even 2025 (Norway, South Korea) with still more targeting 2030 (Iceland, Netherlands, Sweden, Germany, UK).

In addition to the Honda Prologue we can also expect to see a Acura branded EV SUV also likely in early 2024.

Scant details are available for the Prologue. At this point we still don’t have information regarding price, range or trim levels. Then again, given it’s a few years from launch that isn’t surprising.

Here’s the EV road map shown this morning by Honda followed by a news segment with more information about the company’s strategy to go completely electric by 2040: 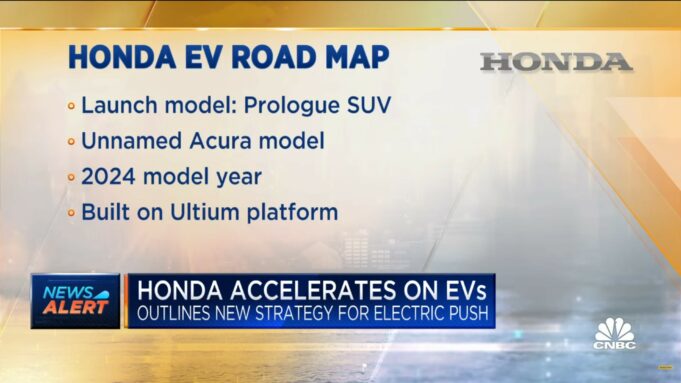 I’m sure the Prologue will sell well. Honda has plenty of time to perfect the platform along with GM and give its loyal customer base something that reinforces its reputation as a mass provider of quality cars at competitive prices.

However, the Prologue “launch” is quite underwhelming. I think legacy auto manufacturing companies need to do a better job in creating buzz during reveals.

Ford nailed it with the F-150 Lightning presentation. Lots of useful information was available. Pre-orders could be placed almost immediately. And we actually saw the vehicle itself, or at least a prototype that will closely resemble the final product.

Cars are increasingly about software. Infotainment systems are becoming essential experiences for modern drivers as they not only provide entertainment options (most notably streaming music and Netflix), but also provide the user interface into the EV experience including things like battery efficiency metrics, navigation options to nearby charging locations, and battery charging information.

Because the software side is becoming so important I think automakers would do well to look towards tech leaders such as Apple, Google and Amazon on how to “launch” an EV — essentially, a tech consumer product.

On the flip side, you could suggest that by Honda teasing the Prologue so early it is hoping potential buyers will delay decisions and wait. Possibly. But, is someone who is ready or close to ready to make an EV purchase really going to wait over 2 years? Maybe longer? I doubt that. So the Prologue represents a sort of half-baked, slow motion reveal that leaves prospective buyers picking up various bits and pieces of information across web sites that don’t really paint the whole picture.